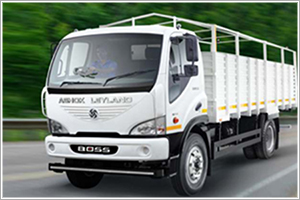 Ashok Leyland Ltd surpassed industry sales in goods and passenger categories with a growth rate of nearly 49 per cent in each of the segments, reports a business daily.
The Hinduja group company emerged as a clear winner in the Medium & Heavy Commercial Vehicles (M&HCV) market during FY16, capturing better market share than rivals, according to the paper.
Ashok Leyland’s market share in the M&HCV segment climbed to 31 per cent in FY16, up from 27 per cent in FY15.
In the bus segment, the company regained its market leadership position, which it had lost to Tata Motors. Its market share in the bus segment jumped to about 45 per cent in FY16, up from 36 per cent in FY15.
“We have gained market share in all regions, including South, which accounts for about half of our volumes. There were 3 major factors that contributed to our turnaround and gain in market share - network expansion, new product introductions and realignment of sales and internal operations,” CFO Gopal Mahadevan told the paper.
The company has ramped up total sales and service points to 1,275 from about 275 in the past 6-7 years - a move that helped improve after-sales support quality, according to Mahadevan.
“While all players had the benefit of market recovery over the past couple of years, we were able to grow quite disruptively because we had not only strengthened network and product portfolio, but also became operationally more efficient,” Mahadevan told the daily.