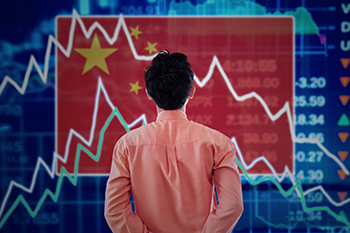 Asian stock markets traded almost on a mixed note on Monday as Shanghai Composite dropped 1.29% while the Shenzhen Component shed 1.5%. Taiwan’s Taiex fell over 1.6% as shares of Taiwan Semiconductor Manufacturing Company dropped more than 2%. The Nikkei 225 slipped 0.78% while the Topix index was down 0.48% and South Korea’s Kospi declined 0.45%.

In this week, the key data event U.S. payrolls will be expected on Friday.

As per media reports, China began locking down most of its largest city of Shanghai on Monday amid COVID-19 and this is in response to the biggest outbreak in two years with 56,000 infections nationwide this month and just 47 in Shanghai on Saturday.

Shanghai's Pudong financial district and nearby areas will be locked down from early Monday to Friday as citywide mass testing gets underway, the local government said. Further, the media reports said that the restrictions are reintroduced at a time when questions over the policy's economic toll on the country are raised. Shanghai's Disney theme park is among the businesses that closed earlier.

The U.S. issue a fresh set of sanctions against Russia and promised to provide more aid to Ukraine. Biden also said he would support removing Russia from the G20. Despite the ongoing geopolitical conflict, stocks have remained relatively resilient last week in the face of upbeat economic data and commentary from the Federal reiterating the central bank's more hawkish path forward to rein in inflation.

In one of the latest data points, weekly jobless claims set the lowest level since 1969 last week, as companies held onto their existing workers amid widespread labor shortages.