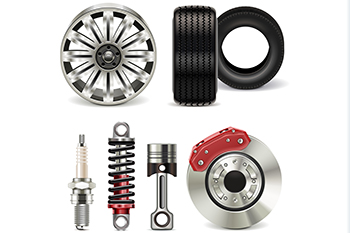 Auto ancillary players will be better placed in Q3FY19 compared to their Original Equipment Maker (OEM) counterparts, as strong after-market demand will make up for weak OEM demand. Battery-makers (Exide Industries Limited – Exide and Amara Raja Batteries Limited - AMRJ) and tyre manufacturers (MRF Limited – MRF, CEAT Limited – CEAT, Apollo Tyres Limited – ATL) will see 10-20% yoy revenue growth. Tyre makers derive nearly two-third of their total revenues from the aftermarket; hence, they will not be impacted to a great extent due to OEM slowdown. The recent cooling down of crude oil prices and stable natural rubber prices will boost EBITDA margins for tyre makers, albeit with a lag. Input costs get reflected with a lag due to inventory effect, and hence margins for these companies will contract between 130bps and 290bps yoy. Similarly, softer lead prices (down 9% yoy in Q2FY19 and down 11% yoy in Q3FY19) will aid margins for Exide and AMRJ from Q4FY19 onwards. Assuming no disruptive trend in raw material scenario, we expect all these companies to see strong margin expansion from Q4FY19 onwards. At current levels, Q3FY19 margin contraction looks already factored in stock prices of these companies.

Investors remain worried about companies that are dependent on global economies for their business. Consequently, shares of Bharat Forge Limited (BFL) and Motherson Sumi Systems Limited (MSSL) have lost 20-25% of their value over past six months. BFL faces a double whammy from slowdown in domestic CV sales and North American Class 8 truck sales. Domestic CV volumes have slowed down from 25% plus yoy monthly growth rates between September 2017 and October 2018 to 6% yoy in November 2018 and 8% yoy decline in December 2018. Class 8 truck volumes fell off a cliff in November 2018 (down 14% yoy) and December 2018 (down 42% yoy) after reaching record high levels in other months of CY2018. Slowing luxury car sales in the largest market (China) and ongoing trade tariff war between China and USA, forced several global luxury carmakers to issue profit warnings. This is the biggest worry for MSSL, which caters to nearly all global luxury carmakers.

We expect Endurance Technologies Limited (Endurance) and Bosch Limited (Bosch) to report 56bps yoy and 44bps yoy respectively. The former will benefit from strong volume growth for its biggest customer, Bajaj Auto Limited (BJAUT), while the latter will benefit from rising content per vehicle due to BS-VI.


We expect yoy revenue growth for BFL to taper (up 19% yoy, down 1% qoq) after a strong run over past six quarters; when revenue growth ranged between ~35% yoy and ~50% yoy. The slowdown will be caused by weak domestic CV sales and decline in sales of North America Class 8 truck sales. Top-line will be helped by a favourable currency (INR depreciation). We expect EBITDA margin to contract 180bps yoy due to lower operating leverage.


Top-line growth in Q3FY19 will be driven by Reydel, PKC and SMP, while standalone and SMR will drag. Depreciation of INR versus Euro (~8.5%) during the quarter will also aid revenue growth. Company will maintain EBITDA margin (expansion of 7bps yoy, 29bps qoq) as margin contraction in standalone and SMP will be offset by higher margins for SMR, Reydel and PKC. SMP margins will be subdued to start-up costs. Profit warnings by some of MSSL’s key clients remains a major concern.

We expect strong revenue growth in Q3FY19, as slower OEM sales will be offset by robust replacement demand. Lead price has eased significantly in the past two quarters; down 9% yoy, 10% qoq in Q2FY19 and down 11% yoy, 5% qoq in Q3FY19. Assuming a one quarter lag for pass-through, we expect EBITDA margin to expand 169bps sequentially, even though yoy margin will contract 36bps, due to lower quantum of price hikes taken during the quarter. We expect the recent price hikes to lead to margin improvement Q4FY19 onwards.


We expect strong revenue growth in Q3FY19, as slower OEM sales will be offset by robust replacement demand. Lead price has eased significantly in the past two quarter, down 9% yoy, 10% qoq in Q2FY19 and down 11% yoy, 5% qoq in Q3FY19. Consequently, we expect EBITDA margin to expand 160bps yoy (179bps qoq). Even at current levels, lead prices are lower than Q3FY19; hence we expect further margin improvement in Q4FY19.


We expect top-line growth to be driven by 10% yoy volume growth and 5% yoy realization growth. Volume growth will be led by aftermarket sales even as OEM sales have weakened. Margin pressure will remain due to higher cost of crude-linked commodities (one quarter lag). Consequently, EBITDA margin will contract 287bps yoy (7bps qoq). Margin impact will be cushioned somewhat due to recent price hikes.

Company will report 10% yoy revenue growth in Q3FY19, in-line with the growth rate seen over past 2-3 quarters. MRF has a higher proportion of revenues coming from OEM supplies; hence, it will be affected by demand slowdown to a larger extent compared to peers. We expect EBITDA margin to come off 230bps yoy due to lag effect of higher crude, rubber and weak Rupee. However, decline in crude oil price, stabilization of Rupee and steady rubber prices will benefit the company from Q4FY19 onwards.

Revenue growth for Bosch in Q3FY19 will be the slowest in past six quarters, due to slowing growth for OEMs. While CVs and Tractors did well in the quarter, PV growth suffered. We expect Bosch to maintain EBITDA margin on a yoy basis; however, sequentially, we expect contraction of 361bps owing to higher raw material expenses. Bosch will benefit from the huge opportunity from shift to BS-VI, management commentary on the same will be keenly watched.


We expect revenue growth of 23% yoy in Q3FY19, led by strength in standalone operations (20% yoy). Company’s biggest client (BJAUT) has seen a very strong growth in volumes; the best among peers; which will aid top-line growth during the quarter. European operations will grow at a slightly slower rate (10% yoy). Company will manage to expand margins by 56bps yoy and 21% qoq led by cost pass-through and higher content per vehicle. Street will keep an eye on strength in standalone operations and order inflow in European operations.