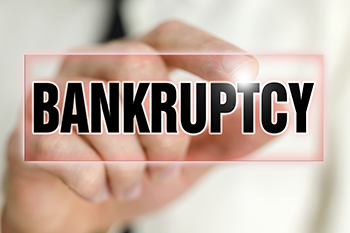 To revive the financial sector in India currently plagued with stressed assets, FM Arun Jaitley in Union Budget 2016-17 vowed for comprehensive bankruptcy code, which will be enacted and brought in to deal with illicit deposit taking schemes.

Declaring financial sector reforms as one of the "nine pillars" of Budget 2016-17 Jaitley stated that such code will provide a specialized resolution mechanism to tackle with bankruptcy situations in banks, insurance companies and financial sector entities. The Bankruptcy Code, along with Insolvency when enacted will deliver a comprehensive resolution mechanism for India’s economy. It would set deadlines for processing insolvency cases.

According to World Bank data, India ranked an atrocious 136 of the 189 countries, in terms of rapid and efficient resolution of insolvencies, with creditors having limited power in case of default by a company. Once the bill enacted, it will significantly impact corporate governance in India, allowing creditors with more authority, so as to assure swift resolution of risen bad loans - a terrible issue haunting PSU banks.

The bill was drafted by the Bankruptcy Law Reform Committee chaired by TK Viswanathan.

The drafted bill includes a time-frame of 180 days for corporate IRP to be completed. However, if within 180 days, about 75% of creditors do not agree on the revival plan, the firm automatically leads to liquidation (a process in which the business comes to an end and distributes its assets to claimants).

To prevent from liquidation, the authority further will grant one-time extension of 90 days for the process of completion.

Currently, Indian economy is reeling under mounting bad loan pressure. By far bad loans have risen to around Rs. 4,43,691 crore and hence, a robust bankruptcy law will support efficiently in resolving potential cases of bad loans.