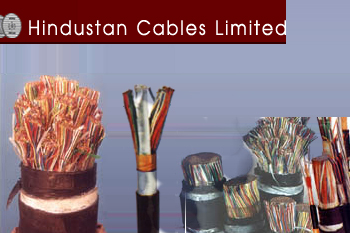 The Union Cabinet under the Chairmanship of Prime Minister Narendra Modi has given its approval for closure of Hindustan Cables Limited (HCL), Kolkata as per the provisions of the Companies Act, 1956/2013, Industrial Disputes Act, 1947 and other relevant Acts.

The employees will be offered attractive VRS/ VSS Package at notional 2007 pay scales and other employees’ related liabilities including payment of salary and wages from April 2015 till they are separated from the Company on VRS/VSS will be settled as well. The disposal of assets of company will be in terms of the guidelines of Department of Public Enterprises on time bound closure of sick/loss making Central Public Sector Enterprises (CPSEs) and disposal of movable and immovable assets.

Total cash infusion for closure of company will be Rs. 1309.90 crore and non-cash infusion of Rs. 3467.15 crore in the form of conversion into equity of Government of India's loan (including interest) outstanding as on 30.09.2016.

Secured creditors of HCL, Kolkata, led by SBI as consortium lenders to the company, have been generous in their support. The One Time Settlement (OTS) terms include complete waiver of interest and settle on principal amount of Rs. 305.63 crore in settlement of all pari-passu collateral held by them.

There is no production activity in the company since January 2003. The employees of the company are in 1997 pay scales. Due to non-payment of salary & wages, it is very difficult for the employees to survive and meet their immediate financial obligations. With the VRS/VSS package and clearance of other outstanding liabilities, the employees will come out of their present financial crisis. It will also help the employees in their post retirement rehabilitation. With the present time bound closure of the company, the valuable assets of the company will be available for other optimum utilization.