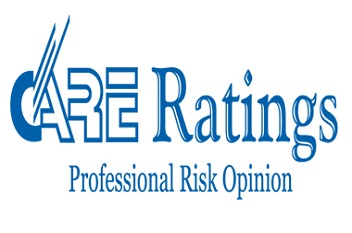 CARE Ratings Limited zoomed over 15% in the early morning trade on Wednesday after the company on Tuesday reported a consolidated total income at Rs83.87cr in Q2FY21 as against Rs80.72cr in the corresponding quarter of FY20. Profit After Tax (PAT) moderated from Rs36.73cr in Q2FY20 to Rs35.84cr in Q2FY21.

The scrip opened at Rs332 and has touched a high and low of Rs359 and Rs332 respectively.

The company said in a regulatory filing on Tuesday that macro-economic environment through improving since June due to the unlock measures instil in the negative territory as evidenced by the growth in credit to manufacturing and services which are the quick indicators of economic activity. Growth in credit to manufacturing fell by 4.5% between April and September while that to services by 0.7%.

Within manufacturing growth in credit to large industry declined by 5.1% while that to micro, small and medium increased due to the guarantee support provided by the government. Further, with the industry having surplus capacity with the utilization rate being 47.3% in June investment level was low. Therefore, fresh investment in this sector would be delayed until utilization rates reach the optimal level. Corporate bond issuances were higher while CP issuances lower.

With CPI inflation remaining high at 7.3% in September, the RBI had kept the repo rate unchanged
though taken an accommodative stance. Liquidity infusion has been signalled to remain comfortable with the announcement of on-tap TLTRO, and OMOs in GSecs and SDLs.

“We are seeing sequential improvement in some of the high frequency monthly economic indicators which are on expected lines as we do expect quarterly GDP growth to improve over Q1 and turn marginally positive in Q4,” said Ajay Mahajan, MD & CEO of CARE Ratings.

“The announcement of on-tap TLTROs and the government's additional spending on CAPEX should help to revive private investment and we would be keenly watching whether this will lead to more differentiated issuances in the bond market which is still biased towards the financial sector,” he added.