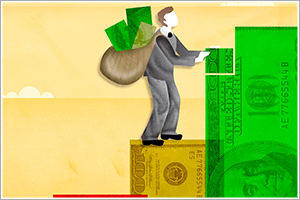 First, interest rates are expected to rise as some major advanced economies begin to unwind their extraordinary stimulus as recovery takes hold

The 2014 Spillover Report, which assesses the impact of policy actions in one country on others (spillovers) and the possible consequences for the original spillover source economies themselves (spillbacks), analyzes the implications of two key trends.

First, interest rates are expected to rise as some major advanced economies begin to unwind their extraordinary stimulus as recovery takes hold. With policy rates near zero and large central bank balance sheets, these central banks face complex challenges in achieving a smooth unwinding, the IMF staff report says. Yet, with recovery uneven across countries—faster in the United States and the United Kingdom than in the euro area and Japan—normalization will be “asynchronous,” that is, proceed at different times. This has possible spillovers implications.

Second, emerging market economies are slowing in a synchronized and protracted manner, and average emerging market GDP growth is projected to decline from 7% during the pre-crisis period (2003-2008) to 5% over the next 5 years. This trend carries sizable spillovers to the rest of the world through trade and finance, and also has substantial influence on other emerging markets and developing economies through “neighborhood” effects.

These two risks could intersect and interact with each other, the report says. “Markets may reassess growth prospects in emerging markets if there are renewed bouts of financial turbulence as advanced economies normalize monetary policy,” noted Hamid Faruqee, chair of the task force producing the report. Such a reassessment by markets could, in turn, generate further stress, he added.

One of the downside scenarios, according to the report, is that tighter financial conditions combined with further weakening of emerging market growth could lower global output by as much as 2%.

Not all spillovers are negative, says the IMF staff report, which stresses that the reason why financial conditions tighten plays a key role in determining the spillover effects.

When advanced economies normalize monetary policy as their economic outlook improves, interest rates (and thus global yields) will rise. While this will tend to tighten financial conditions across the globe, the accompanying boost to growth should potentially offset any negative spillovers resulting from the higher interest rates. In other words, faster growth in advanced economies—which translates into higher external demand—could be good for other economies, if managed well.

On the other hand, if the tightening of monetary conditions is not driven by higher growth but is instead triggered by, for example, financial stability concerns, spillovers could have a negative impact on growth elsewhere, especially in vulnerable emerging economies. Similarly, asynchronous adjustment in advanced economies — for instance, continued easing in the euro area and Japan and tightening in the United States and the United Kingdom — may result in larger swings in exchange rates of major currencies, potentially causing problems for economies with balance sheet vulnerabilities and foreign exchange exposures.

In terms of impact, spillovers from monetary policy normalization in advanced economies will likely differ across countries. Past experience suggests that those with relatively strong fundamentals—that is, lower inflation, higher current account balances and reserves, and deeper financial markets—can better mitigate spillovers from higher interest rates abroad. The staff report notes that the effects from these global shocks are milder in these economies, and credibility gives them more policy space to respond to the shock itself.

While growth in some advanced economies is rebounding, emerging markets are slowing down on a synchronized basis from their highs before the crisis. Here, growth is expected to be below post-crisis rates and longer-term historical averages over the next 5 years.

“Two features stand out when comparing the current slowdown with other such episodes: medium-term forecasts have been revised down continuously since 2010, and a slowdown in productivity is more visible this time around,” says Faruqee. “The slowdown thus appears to have a large structural component.”

Given the significant and rising contribution of these economies to the global economy over the past few decades, such a protracted slowdown will likely weigh on global growth through trade and finance channels. The report estimates that a 1%age point slowdown in emerging economies lowers growth in advanced economies by ¼%age point, on average, largely through reduced trade. Other important channels where slower emerging market growth could carry spillovers include through global commodity markets and through banks exposed to emerging market borrowers.

The staff report also highlights local spillovers from emerging markets to other emerging and low-income countries, or the “neighborhood” effect. For example, a slowdown in China and Brazil would impact emerging Asia and Southern Cone countries, respectively, through trade. Russia would have an impact on its neighbors through remittances, while Venezuela would affect its neighbors via potential changes in the provision of favorable financing through energy cooperation agreements. Geopolitical tensions in Russia and Ukraine could spill over to other parts of the world from major disruptions in production or transportation of natural gas or crude oil, and trigger a renewed bout of increased risk aversion in global financial markets.

The report focuses on key actions to mitigate potential spillovers, including policy collaboration.

For advanced economies undertaking monetary normalization, well-crafted central bank communication would be key to avoiding large swings in asset prices or market misperceptions of policy intentions to address financial distress. Other advanced economies that are susceptible to adverse spillover effects, given low inflation and limited conventional monetary policy space, would need to take action to manage risk and raise inflation back to target.

The report calls for collaboration between advanced and emerging market economies to manage both spillovers and the risks of spillbacks. Advanced economies should be prepared to act nimbly if growth in emerging markets continues to decelerate, the report cautions.