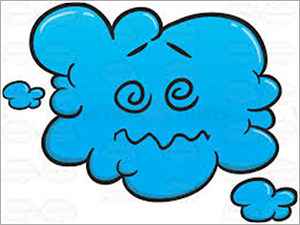 Cloud Computing: Towards a blue sky of business benefits

Measurable business value from cloud computing will become evident once we dispel the dark clouds of myths and misconceptions that yet eclipse the battered buzzword.

Once a buzzword, the Cloud is today a ubiquitous phenomenon – used by search engine giants, smartphone apps, gaming labs, tech firms, research outfits, business organizations in one way or the other. While some firms have incepted their independent cloud teams and others have launched ambitious cloud initiatives, there are several availing of a host of cloud services. Besides, many more are presumably evaluating the pros and cons. Ask any company head about the cloud, IT or otherwise, and the staple answer is “Yes, we’re weighing the options.” After all, even a cloud acknowledgement is deemed a cloud initiative in many circles. Sadly, several cloud misconceptions are doing the rounds in the same circles. It’s imperative to get rid of the muddled notions that are peddled with unfailing regularity in the ‘cloudy’ environment; else deriving measurable value out of the dynamic concept will always remain a distant dream.

Of course such an exhaustive endeavour can’t ever be summarized in bullet points claiming to be silver bullets. Nevertheless, a numbered list of Dos and Don’ts subconsciously steers us towards positive action as US-brand marketing literature has taught us over the years. So, here’s a generic mini-primer, tailored to help those providers or users yet in cloud contemplation mode.

Game above Name, Perspectives above Practices
A word that once implied water or ice particles in suspended form, or hinted at anything obscure or opaque, has today become the sole prerogative of the IT universe. Unfortunately, the focal point of many a cloud debate and discussion is unduly skewed towards its baptismal name. Despite much time and energy wasted on the exercise, there is no unanimity on the origins of the name ‘cloud’. Though the Amazons, Googles and IBMs of the world are often held as the founders of the term, the term is believed to be the brainchild of two mavericks – inventor, entrepreneur and filmmaker Sean O’Sullivan, then the founder of the now-defunct internet start-up Netcentric and George Favalaro, then Compaq marketing executive and now chief of a Massachusetts-based consulting firm. The former had filed a trademark on the concept in 1997 while Favalaro had mentioned it in a Compaq business plan of the immediately preceding year. Both used cloud computing as a marketing term but none is sure who coined it first, may be because Compaq was then contemplating a $5 million investment in Netcentric which brought both guys together in a brainstorming session. According to O’Sullivan, it could have been either of the two or both. With both founders clueless about the fact, it’s futile to dig the debris of genesis which has only piled up owing to umpteen false claims and arguments by several opportunistic players who used the term ‘cloud’ to sell anything under the sun and got away with it too. For our purpose, it would a safe conjecture to assume that O’Sullivan and Favalaro named the concept after the metaphorical icon representing the network of networks called the internet. You can call it whatever you fancy, just don’t call it names for beneath the seemingly geeky name lies a business solution of unlimited possibilities.

Before we come to appreciating the credence of the cloud, it’s important to comprehend its essence. Cloud computing refers to an internet-based delivery of a host of service offerings – whether servers, storage or applications – divided into three broad segments: Infrastructure as a service (IaaSc) like the Amazon EC2, Platform as a service (PaaS) like Microsoft Azure or Software as a service (SaaS) like Google docs. A more detailed classification would define services by offerings like storage, databases, processes, applications, integration, security, testing, governance etc. The cloud can be public which is open to one and all with access to the internet or private which is proprietary service offerings to a select few. A mixed bag is a virtual private cloud which employs the public cloud wherewithal to run a private cloud. Cloud stakeholders include both consumers and providers of infrastructures, platforms and software.

The principle paradigm for the cloud is resource sharing. By virtue of its ubiquity, the cloud enables the retail space, just like the defence and research establishments, to reap the rewards of high-performance computing through a shared IT infrastructure, platforms and software solutions. Imagine the alluring possibilities for a small firm which invariably faces constraints in owning and managing its own software, servers and storage. Depending on its business need, the firm can define its IT requirements and then pay for the exact utility, just like a telephone or electricity bill.

Value ahead of Cost, Business ahead of Technology
One of the popular misconceptions about the cloud is that low cost is its sole value proposition. This myth is linked to another fallacy that the cloud is only about hosting services. No, the cloud is actually about smart scalability of operations, astute accessibility of resources and risk mitigation in business. Yes, it’s cost effective but more importantly, it’s geared to make a business entity more agile, flexible and inventive, and hence loaded with the promise of profound business engineering and dramatic time-to-market innovations. With the cloud, you can seamlessly switch between peak loads and lull periods of business. In these times of cut-throat competition, what can be a better edge for a firm, whether a start-up or a seasoned player? As regards the cost-effectiveness, the most important point to bear in mind that the cloud helps you lower your cost of ownership. By reducing your acquisition costs in favour of a fixed outgo based on usage, you free your capital for other productive uses.  So far as the cost advantage is concerned, it’s never absolute. It depends on the scope and size of your cloud needs which encompass a range of offerings – from mere storage facilities to business intelligence services. The cloud is a unique umbrella of rainbow possibilities across business verticals. The cost will depend on the service you opt for.

Integration before implementation, Design before Deployment
The cloud, for all its super benefits, does not negate the criticality of your in-house IT department. It just makes the responsibility of the CTO or CIO more strategic than operational.  He/she needs to devote adequate time and energy to come up with a feasible cloud strategy aimed at making the transition smooth and seamless as also mitigating the risks of mindless adoption. This necessitates a holistic view of the organization’s IT environment, its business objectives and current shortcomings in addressing the business needs of the enterprise.  Smart configuration in the pre-cloud phase will help make the most of the cloud which should be diligently backed up by a smart cloud monitoring plan with commensurate visibility across the organization. The in-house IT needs to play a pivotal role in integrating the cloud environment with existing applications, ensuring prompt and secure authentication and authorization as also decide on critical fine print issues like cloud pricing plans, service levels, customer support, downtime strategies, latency issues, and business continuity planning. Contrary to the loud claims replete in cloud marketing literature, it’s rather tough to switch between cloud providers as in the event of a soured relationship, data migration back on premise can prove to be a nightmare. It’s always prudent to connect the dots before you sign on the dotted line.

In this regard, the virtues of baby steps can’t be overemphasised. It would always be prudent to begin the cloud tryst to solve a burning issue – say trying a public cloud alternative for storage purposes. Making the Cloud initiative an integral part of the business vision will also help dispel sticky myths prevalent among business users like the one that security is a function of proximity. More often than not, on premise data turns out to be more risk-prone than the one on the cloud. The cloud is not a safe haven either. What’s important is to put the risk in perspective before trying to address it.

Corporate history is replete with blunders caused by ridiculous interpretations of technological propositions. A glorious case in point is the Service Oriented Architecture (SEO) concept that was misconstrued by many IT and business managers as only a sanctified form of system integration, overlooking the radical reengineering of IT applications and governance it implied in line with ever-evolving business needs. Similarly, if the cloud computing is misread as a cost saver alone, it won’t blossom into the business enabler that it is. If the cloud strategy is business-centric, the IT head will automatically regard cloud computing as an evolution of concepts like SOA or technologies like virtualization.  Given the right perspective and sterling conviction, your cloud initiative will neither float in the clouds nor come under a cloud.