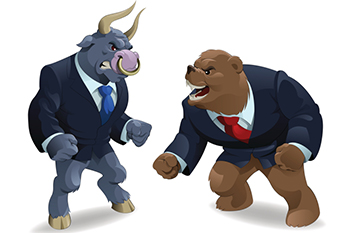 The outlook is a weak start. Macro data including IIP and CPI will be in focus besides results like Coal India, Reliance Infrastructure, JSPL, Ashok Leyland and Aurobindo Pharma. Global markets are in turmoil.

Life takes its path and sometimes there are people to blame. - Andrea Corr

Stock markets across the globe are treading on a slippery path and for the time being you can blame it on China. To push market reforms, China's central bank on Tuesday devalued its yuan by nearly 2% against the US dollar. This move hit companies globally which have exposure to China. The proceedings at Parliament will take centre-stage as despite being in minority, in the Rajya Sabha, the Narendra Modi government on Tuesday mustered enough courage to table the Goods & Services Tax (GST) bill in the upper house. Continued protests from the Opposition will make it tough to pass the bill with barely any days left for the monsoon session of parliament to end. The bill is listed for consideration and passage today. Finance Minister Arun Jaitley lashed out at the Congress for stalling the country’s economic progress by not allowing the passage of the bill under the pretext of the Lalit Modi-Sushma Swaraj issue.

The outlook is a weak start. Macro data including IIP and CPI will be in focus besides results like Coal India, Reliance Infrastructure, JSPL, Ashok Leyland and Aurobindo Pharma. Global markets are in turmoil. US indices came tumbling with stocks like Apple, General Motors and others shedding weight due to China factor. The Dow fell 1.21%, S&P 500 dropped 0.96% and Nasdaq crashed by 1.27%. Asian markets are also in the red.  With the Nifty  below 8500, investors will remain cautious till a firm uptrend is established. In recent days, the mid-cap and small cap indices are also tumbling adding to the pressure.

Tata Motors slipped over 4.5% to Rs. 368 amid reports that the company plans to invest up to 1 billion euros for the new JLR plant outside the United Kingdom. According to media reports, the company has signed a letter of intent with the Slovakian government to build the factory in the western city of Nitra, its first European production plant outside of the United Kingdom. The new plant is likely to have a capacity of 300,000 cars per year.

Syngene International made a sparkling debut in an otherwise slippery market. The stock was listed at an 18 percent premium at Rs. 295, and touched a high of Rs. 318. The company had successfully raised Rs. 550 crore from its recent IPO (Initial Public Offer) which was subscribed by nearly 24 times. The stock finally ended with a premium of 24.4 percent at Rs. 311 as against the issue price of Rs. 250. Meanwhile, Biocon was down 0.5 percent at Rs. 463.

Polaris Consulting & Services soared to a high of Rs. 224 before ending flat at Rs. 207 amid buzz of likely stake sale. According to media reports, Indian and foreign companies are said to be in race to buy a majority stake in Polaris after founder chairman and mentor Arun Jain and key investors re-initiated talks to sell the company.

IL&FS Transportation Networks cracked 7% to Rs. 132 on the back of dismal Q1 performance. The group's consolidated Q1 net plunged by almost 98 percent to Rs. 2.90 crore when compared with Rs. 137.75 crore in the corresponding quarter a year ago.

Gujarat Mineral Development Corporation (GMDC) slipped 2.5 percent to Rs. 87.35 after the company reported 43.4 percent fall in Q1 net profit on year-on-year basis at Rs. 73.54 crore as against Rs. 130 crore in a year ago period.

Titan jumped to a high of Rs. 336 after the BSE counter witnessed a huge block deal of around 1.94 crore shares around Rs. 335. The stock ended unchanged at Rs. 329.

Sun TV Network slumped to a low of Rs. 319 following news report that the Madras High Court cancelled former Union telecom minister Dayanidhi Maran's interim anticipatory bail in the controversial telephone exchange case and directed him to surrender before the Central Bureau of Investigation (CBI) within three days. The stock, however, recouped losses and ended a percent higher at Rs. 345.

Subex touched a high of Rs. 18.35 and ended 0.7 percent higher at Rs. 17.45 after the company announced the launch of a new version of the industry leading revenue assurance solution, ROC Revenue Assurance 5.3 yesterday.

Redington India zoomed to a high of Rs. 130 after the company informed the BSE that Xiaomi has appointed the company for distribution of their smartphones in a number of cities across India. The stock, however, pared gains and ended with a loss of 2 percent at Rs. 119.

Shree Uttam Steel & Power and South Korea’s Posco have signed an agreement to set up a 3 million tonne per annum integrated steel manufacturing plant in Maharashtra at an investment of US$3bn (INR 19,200 crore). The new steel plant is to be set up in two phases in the Sindhudurg district of Maharashtra.

Come 2017, the country’s largest carmaker Maruti Suzuki India could run out of production capacity at its existing plants at Manesar and Gurgaon, Chairman RC Bhargava has been quoted as saying. So, naturally the Maruti management is worried that any delays in starting the proposed plant in Gujarat will jeopardize their production strategy, Bhargava told a financial daily.

Bharat Sanchar Nigam Ltd. (BSNL) will soon float a tender for outsourcing operations and management of 65,000 towers across India, according to a business daily. The contract is expected to be valued at Rs.1,500-2,000 crore and an expression of interest (EoI) will be out within the next few weeks, Chairman & MD Anupam Shrivastava has been quoted as saying by the paper.

The Competition Commission of India (CCI) is investigating whether airlines are indulging in cartelisation of air fares, Corporate Affairs Minister Arun Jaitley said in the parliament on Tuesday. In a suo motu case regarding cartelisation in passenger fares by airlines, CCI has directed an investigation by its Director General, he told the Rajya Sabha, adding that the case does not pertain to festive season hike.

Jaguar Land Rover (JLR) has selected Slovakia as the location for its first manufacturing plant in mainland Europe, with a capacity to produce 300,000 cars over the next decade. The premium car maker owned by India's Tata Motors has signed a letter of intent (LoI) with the Slovak government and is conducting a feasibility study for the development of a plant near the city of Nitra, in the west of the country, CEO Ralf Speth has been quoted as saying.

The initial public offer (IPO) of Power Mech Projects Ltd. closed on Tuesday with strong subscription, led by QIBs and HNIs, according to data on the NSE web site.  The issue was finally subscribed by 38.10 times, as on 21.00 (IST) on Tuesday. The IPO received bids for 11.39 crore shares as against 29.88 lakh shares on offer, as per the NSE data. It had opened for subscription on Friday.

The Government will reportedly consider a proposal tomorrow to provide 50% diesel subsidy to farmers in places where rainfall has been very scanty during this monsoon season.  "The Cabinet Committee on Economic Affairs (CCEA) meeting is scheduled for tomorrow and the Agriculture Ministry's proposal on diesel subsidy is on the agenda," according to reports.

Trends in FII flows: The FIIs were net sellers of Rs. 7.36 bn in the cash segment on Tuesday. The domestic institutional investors (DIIs) were net buyers of Rs. 1.30 bn as per the provisional figures released by the NSE.

Tata Motors-owned Jaguar Land Rover has signed a letter of intent with the government of the Slovak Republic for setting up a manufacturing plant in the city of Nitra in western Slovakia. (ET)

Indian Oil Corporation, is on the government agenda for disinvestment. With petrol and diesel prices now market linked and crude oil prices at historic lows, not only the company’s borrowings have come down by 35%, it is looking up to exceeding its capital expenditure. (ET)

Delays in getting necessary approvals for a new green field manufacturing plant in Gujarat will likely cost car market leader Maruti Suzuki the next year. Manufacturing capacity in Gurgaon and Manesar will be fully utilised next year, and the company needs new capacity. (BL)

Allied Blenders & Distillers (ABD) is said to have cancelled its plan to acquire stake in Tilaknagar Industries. (BS)

Apollo Tyres plans to spend Rs12bn to increase the truck and bus radial tyre capacity at the Chennai plant from 8,900 tyres a day to 12,000 tyres a day. The company informed the stock exchanges that its board of directors, at a meeting, approved raising Rs20bn in debt to meet the capital expenditure requirements and proposed expansions at Chennai and Kalamassery (Kerala) plants. (ET)

IL&FS Transportation Networks said that its subsidiary has signed a concession agreement with the Jharkhand Government for the development of six-laning of Ranchi Ring Road at an estimated cost of Rs5.87bn. (BL)

Shree Uttam Steel and Power and South Korean steel giant Posco have signed an agreement to set up a three million tonne per annum integrated steel manufacturing company in Maharashtra, with an investment of USD3bn. (BL)

House of Spices, importer of Nestle products from India, said that the US Food and Drug Administration has given a clean chit to Maggi Noodles. (BL)

Lanco Infratech Ltd has declared the first unit of 371 MW of third phase of Lanco Kondapalli Power Ltd near Vijayawada as commercially ready for operation. (BL)

Power Grid Corporation (PGCIL) is likely to soon raise another Rs30bn under its second round of fund raising plan through domestic bonds to meet working capital expenditure. (BL)

Operationalising of Codli mine in Goa may add Rs6.16bn to Vedanta’s topline in the current financial year. The Codli mine has an annual production cap of 3.1 MTPA, which is over 60% of the stipulated cap for Vedanta (5.5 million tonnes). Iron ore mining was re-started on this mine, which marked resumption of mineral excavation in Goa after three years. The mine has total estimated reserves of 70 million tonnes. (BS)

Milk cooperatives, represented by the National Dairy Development Board (NDDB), have agreed to meet the quality standards set by the Food Safety and Standards Authority of India (FSSAI). The two bodies have reached an agreement about the quality checks, infrastructure, and government testing facilities needed to conduct accurate product tests by the regulator, it is learnt. (BS)

Narendra Modi Government finally managed to table the Constitution Amendment Bill for the Goods & Services Tax in the Rajya Sabha. But, pandemonium in the House prevented it from being taken up. (BL)

The government has decided to boost ethanol production by making 10% blending with petrol mandatory from the next year starting October 2015 in its efforts to resolve the sugar imbroglio. (ET)

The government is working on a proposal to raise minimum wages of workers, a top Labour Ministry official said. (BL)

Click below for the India Infoline Daily Market Strategy:
https://content.indiainfoline.com/Newsletter/120815.html