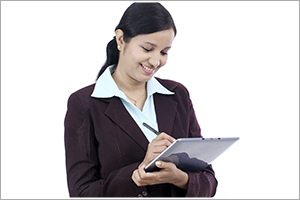 Dell organized its Dell Women’s Entrepreneur Network (DWEN) meet up for the first time in the Mumbai market with presence from 14 eminent women entrepreneurs who have exceled in their respective fields and are collaborating to establish a positive Indian women entrepreneurship ecosystem in the country.

India has borne witness to a significant increase in the number of woman entrepreneurs in the recent years but the problems being faced by them have largely remained the same. Keeping in mind the current conditions surrounding woman entrepreneurship in India, attendees at DWEN engaged in a focused discussion on “Factors fostering ‘high potential’ female entrepreneurship” to develop a deeper understanding of issues, challenges etc. that women entrepreneurs face and the best methods to overcome them.

Commenting on the Mumbai chapter Ritu Gupta, Director, Marketing, Dell India said “Entrepreneurship has always been core to us at Dell. Since the beginning we have believed in listening closely to our customers and that engaging directly with our customers’ leads to better impact. Networking is a direct way of approaching our customers and understanding an organization’s issues and dilemmas. Through DWEN, we provide a ready platform for women entrepreneurs to collaborate, share ideas and best practices among themselves. We see an immense scope for growth of the Indian women entrepreneurship ecosystem.”

Commenting on the Gender-GEDI report release at DWEN 2014 in June, Ritu Gupta said “Based on the Gender GEDI report 2014 we have been able to identify some of the challenges facing Indian entrepreneurs. The report shows a dismal rank for India among 30 countries but a deeper research shows that India has a huge opportunity area that can be explored. According to the report however, India has improved its ranking from the 2013 Gender-GEDI report that was released at DWEN last year that studied 17 countries worldwide. Our regional DWEN events in markets like Delhi and Bangalore have helped us get a deeper understanding regarding the challenges and problems faced by women entrepreneurs in those markets and now we are looking at expanding our scope to include other key markets like Mumbai.”

During the course of the event India specific findings from the second annual Gender-Global Entrepreneurship and Development Index (GEDI) [http://goo.gl/GqiRxH], were also discussed. The Gender-GEDI report is the only global index to measure high-potential female entrepreneurship based on individual aspirations, business environments and entrepreneurial ecosystems.

More women are needed at the top: Four countries (China, India, Malaysia and Thailand) recorded less than 30 percent female managers. In response to a question that asked female respondents whether male business executives are better than female business executives, only 45- 71% of women in the APJ region felt there was no difference. The lowest percentages were found in India (45%)

Female start-up activity is on the rise in emerging markets: Asia has shown potential with more female startups than male startups in Thailand (115 to 100) and high opportunity perception for businesses by women in India.

Many industries remain male-dominated: Out of the 30 countries, only eight received an overall balanced ratio across employment sectors, and in India and Pakistan, formal employment is so highly sex segregated that no employment sectors are balanced.

Access to capital continues to be crucial: In 14 out of 30 countries studied, 50 percent or more of the female population remain unbanked, including in Bangladesh and India. There is a 17% difference between males and females in terms of access to bank accounts in India.