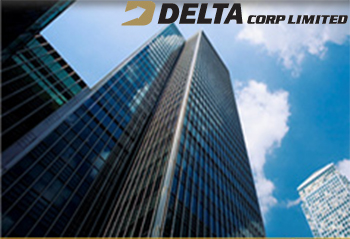 Delta Corp Limited board of directors has at its meeting on Monday has approved the unaudited Consolidated financial results of the company for the period ended September 30, 2021.

Operational updates:
During Q2FY22, Net Loss of the company reported to Rs22.57cr in the quarter ended September 30, 2021 as against net loss of Rs54.91cr during the same quarter previous year.

The company's total income stood at Rs82.52cr compared to Rs46.47cr in the corresponding quarter of the previous year while for previous quarter it was Rs82.72cr.

During the quarter, net sales stood at Rs74.72cr as against Rs38.37cr during the same quarter ended September 2020., which shows robust improvement.

The company said in a regulatory filing, "Due to COVID-19 pandemic and the consequent lock downs announced by the respective Government Authorities, the operations of the Group were suspended since the third week of March, 2020 to October, 2020. Also, during the current financial year, consequent to the lock down due to the second wave of pandemic announced by the state governments, the Group could operate only partially, which impaced on  the financial earnings of the company."