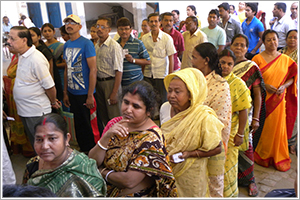 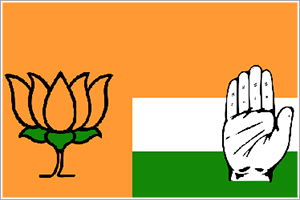 The Bharatiya Janata Party (BJP) released its manifesto, much to the displeasure of the Election Commission, on the first day of the 2014 Indian general elections (April 7). Both the BJP and the Congress, which released its manifesto last month (March 26) have emphasized systemic reforms in their manifestos. After analysing the two manifestos, we short-listed certain issues that could affect the development trajectory of India. So, what’s common and what’s not between the two manifestos of the two leading contenders for the top slot? Both manifestos included a few new ideas like labour welfare, women’s issues, youth affairs and neo-middle class problems. The main areas of focus for both parties remain the same like economy, rural and urban development, health, education and infrastructure growth...Read More 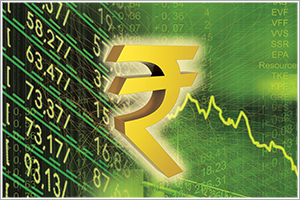 The proximate problem that a central bank faces is maintaining a reasonably stable exchange rate, a variable that captures not only the external sector imbalances but also the future expectations of the relevant fundamentals, Harun R Khan, Deputy Governor, Reserve Bank of India. Speaking at the 9th Annual Conference of FEDAI in Cape Town on April 12, 2014, Khan said, Any sharp depreciation in the exchange rate is likely to see large scale capital exodus by the short-term investors before the value of their investment is further eroded. The problem of an appreciating currency in the face of surging capital inflows poses a separate set of problems, principal amongst which is loss of export competitiveness. The most obvious tool for dealing with heightened volatility or sharp movement either way is the central bank’s intervention operations. For instance, in the face of sharp appreciation, the intervention is directed at mopping up the excess supply of foreign currency in order to preserve export competitiveness. Such operations do have monetary implications and steps to neutralize these involve a cost. Intervention in the face of sharp depreciation is a difficult choice for several reasons, including loss of reserves, particularly in India where the external liabilities far exceed the official reserves...Read More

Banks must review operations of BCs every 6 months: RBI

RBI constrained to withdraw 75% of banknotes each year

No non-competition clause for FDI in pharma: RBI 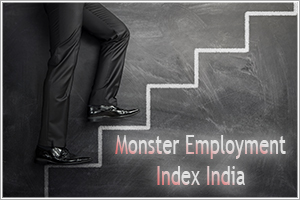 "Monster Employment Index has been maintaining resolute growth rates in the last three months in succession in 2014. This re-affirms a positive hiring outlook for the current year. Home appliance and IT are among the top growing sectors, with healthcare, bio technology and life sciences, pharmaceuticals recording the least growth. However, this momentum will be dependent on the outcome of general elections. A stable government will help build and strengthen business confidence; increased investments in core sectors will help drive the economy and shape the recruitment scenario in India.", said Sanjay Modi, Managing Director, Monster.com (India/Middle- East/South East Asia)...Read More 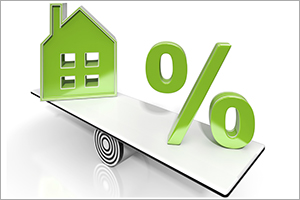 The year 2013 saw a cautious approach by property seekers and controlled supply by local and national real estate developers. Sentiments remained subdued and several revival strategies like festive season discounts and inclusion of freebies failed to bring about the desired results. It was a topsy-turvy year for the housing sector and Indian real estate, in general. With the completion of first quarter of 2014, has there been any positive change in order to motivate the home buyers and attract them in the coming months? Makaan.com Property Index Jan- Mar 2014 projects property prices moving in favour of home buyers. The race between the cities depicting which city is still showing appreciation in property prices in MPI and which ones have ceased (showing depreciation or stabilization) and are becoming favourable for the home buyers still continues. Let’s us have a look at the MPI for Jan- Mar 2014 at national and city level through the following graphs in which means appreciating property prices and means depreciating property prices. We bet, this is one content where you’ll be on a look out for and not want many as that means high property prices for you!...Read More

CRISIL Research’s latest study showed India's economy was 1.75 times bigger than China's in 1960. The study showed that in 1980, India's economy was $0.3 trillion, while China's economy was only $0.2 trillion on a purchasing power parity (PPP) basis. However, by 2013, the China's economy had become 2.7 times India’s. By 2018, the Chinese economy will be more than $20 trillion (PPP), while India’s will not even touch $8 trillion, the study noted. China has also achieved the per person income of $9,000 plus on PPP basis in 2012 compared to $3,000 in India. This has also led to faster reduction of poverty in China than India. 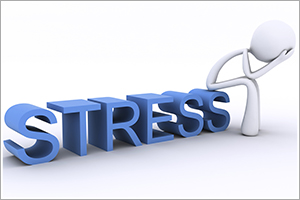 Stress is the number one lifestyle risk factor, ranking above physical inactivity and obesity, according to the inaugural Asia Pacific edition of the Staying@Work survey conducted by global professional services company Towers Watson. While Indian employers lead their regional counterparts in developing strategies to manage work-related stress, only 38% identified improving the emotional/mental health of employees (i.e. lessening the stress and anxiety) as a top priority of their health and productivity programs. This signals a vast scope for improvement in strategic initiatives aimed at tackling stress among Indian employees. Globally, the causes of poor health are remarkably similar; however, the tools, abilities and resources needed to address these vary greatly across regions. Nonetheless, multiple issues related to stress are driving the need for a greater organisational commitment that extends beyond employees’ physical and mental health; one that encompasses the work environment, culture and interpersonal relationships that connect employees to the mission and goals of the organization. The 2013 Towers Watson Global Benefits Attitudes Survey highlights that the main sources of stress for employees across the globe are tied to their experience at the workplace...Read More

Which Indian state spends the most on Elections? 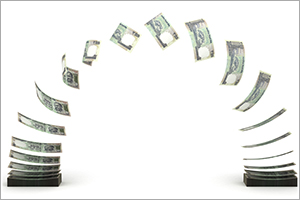 The Indian general elections are one of the largest exercise in democracy across the world. This large-scale operation also involves huge costs. The cost of general elections to the exchequer via the Election Commission has increased from Rs 948 crore in the 1999 general election to Rs. 1,114 crore for the 2009 Lok Sabha polls, according to data released by the Ministry of Statistics & Programme Implementation. Incidentally, the total election expenditure was up 9.6% to Rs. 1,114 crore for the 2009 polls from Rs. 1,016 crore for the 2004 elections. Admist the election season, IndiaSpend decided to look at the state-wise details of the 2009 general elections. Since most big states have a large number of seats, this involves greater preparation for the elections. Also states such as Assam feature among the top 5 due to insurgency in the region, leading to heightening security and raising the cost of election in the state. Maharashtra topped the list during the last election with a total expense of Rs. 155 crore followed by West Bengal (Rs. 150 crore) and Assam (Rs. 97 crore). In fact, the total expenditure incurred by the top five states comprised 50% of the total election expenditure of Rs. 1,114 crore...Read More 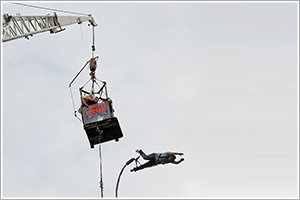 TripAdvisor, the world's largest travel site today revealed the findings from its annual Adventure Travel Survey 2014, collected from 1034 respondents. The survey, now in its second year is aimed at understanding the preferences and concerns of the Indian traveler with respect to adventure travel in the country.

Sharing his thoughts on the findings Nikhil Ganju, Country Manager, TripAdvisor India said "It is disheartening that majority of the respondents do not consider India safe enough to undertake adventure activities. However, what is encouraging is the upward trend of increasing number of Indians wanting to participate in extreme sports. As per the survey findings 61% respondents are willing to participate in an extreme sport while on holiday this year versus 47%last year."...Read More

India home to one third of world's unimmunized children 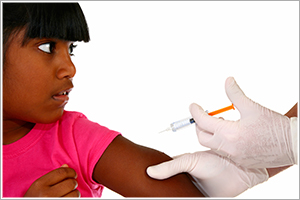 Marking the start of the World Immunization Week, the Hilleman Laboratories, an equal joint-venture partnership formed between Merck & Co. and Wellcome Trust, announce their innovative technological intervention, thermo stability to help improve coverage of the Routine Immunization Program in India. With the vision to achieve 95% coverage of Expanded Program of Immunization in India which will merit 70 – 80 million doses annually, Hilleman Laboratories is bringing in innovation to act as a catalyst in bridging the gap between academia and product development by increasing the efficiency of existing vaccines with heat stable, easy to use, affordable and novel packaging features. According to WHO, 70% of the world's 22.6 million unimmunized children live in 12 nations; with India home to the largest chunk of 6.9 million. According to the Immunization Report by UNICEF and WHO, against the 67% cover in India, our neighbours boasts a much higher coverage with Sri Lanka topping the list at 97% followed by Bangladesh at 95%, Bhutan at 92%, Pakistan at 88% and Nepal at 85%...Read More

Mobile intelligence is getting personal: Survey 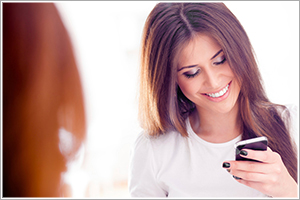 A recent Nuance-commissioned survey of 1,000 cellphone owners suggests that people are developing close relationships with the virtual assistants on their smartphones, with more than half of the respondents citing a personal connection with their device’s mobile assistant. A more extreme version of this connection was brought to life in Spike Jonze’s Oscar-nominated film "Her," which tells the story of a lonely, introverted man who develops a romantic relationship with his operating system’s artificial intelligence. It’s a modern day story of love. Mobile intelligence has evolved to create connections with smartphones that are uniquely personal. Google knows your hobbies, what you like to read and where you plan on vacationing. Siri knows what your schedule looks like and what restaurants you frequent. And with the strength and reliability of a 4G LTE network, you can have access to information when you’re on the go, allowing your devices to be even more customized to your lifestyle...Read More

Click below for the India Infoline Economy Round Up:
https://content.indiainfoline.com/wc/news/INL/Economy_250414.html

Board of Dish TV India approves shifting of registered office