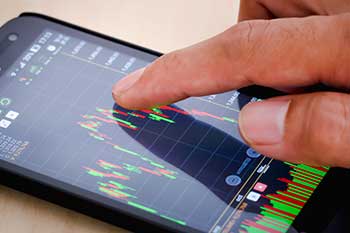 European stocks and US equity futures declined on Tuesday and Asian shares slumped as the turmoil in Hong Kong and Argentina spooked investors already on edge over the trade war.

The dollar edged higher as gold and silver rallied.

The Stoxx Europe 600 Index fell for a third day, dragged down by industrial and automaker shares, while contracts on the three major US equity indexes fluctuated before turning lower.

In Asia, a regional benchmark headed for its biggest drop in a week. Hong Kong stocks were the worst hit as anti-government protesters again targeted the airport and the city’s leader warned it risked sliding into an “abyss.”

Treasuries nudged higher alongside the yen, while gold climbed toward $1,530 an ounce. China’s 10-year bond yield slipped briefly to 3% for the first time since 2016 as data showed credit demand in the country dropping.

The latest sell-off in risk assets is adding to already skittish sentiment across markets during the low-volume month of August. With the U.S. and China offering no respite to their trade war and a slew of data pointing to slowing global growth, traders will look to this week’s euro-zone GDP figures and industrial production reports from both China and America for further clues to the outlook.