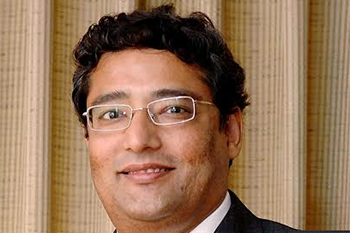 Filing of Return by Salaried Employee in case of Dual Employment

Total number of tax filers in the country is close to 3.5 crores, of which around 2.4 crores are individual taxpayers of whom most of them are salaried.

For the financial year 2014-15, the due date for filing personal tax return is only a few days away with the extended deadline of 7th Sept 2015 fast approaching. Considerable efforts have been made by the Government to streamline the filing of return by taking various initiatives such as providing various alternatives (e-verification based on Aadhar Card, ATM card or through net banking facility). Meanwhile, focus has also been on the disclosure requirements in the ITRs, particularly in respect of the foreign assets which are held by residents.

Total number of tax filers in the country is close to 3.5 crores, of which around 2.4 crores are individual taxpayers of whom most of them are salaried. In this article, we have focused on the compliances which need to be considered by an individual who is employed with more than 1 employer during the year, while filing his return of income.

An Individual receiving salary from more than one employer has to offer total salary received by him from all employers during the year for computing his total income. In case of change of employment, employee should furnish to the successor employer details of the income under the head "Salaries" due or received from the earlier employer and also tax deducted at source therefrom. In case this is not done, it is likely that lower tax has been deducted due to basic exemption limit (generally Rs. 2.50 lacs) and eligible deduction (such as section 80C) considered by both employers. In such a case, Individual may need to pay the shortfall of tax on the total income (earlier as well as successor employment) as Self-Assessment Tax along with interest before filing of the return of income.

If the income tax return reporting the income as shown in one Form 16 only, this may result in concealment of income attracting penal consequences. To avoid this, the Individual may rectify his mistake by filing a revised return. A revised return is to be filed within 2 years from the end of the financial year. However, it may be noted that a revised return can be filed only if the original return was filed on or before the due date.

The forms applicable in case of a salaried individual shall be either ITR-1 or ITR2A or ITR2 assuming that the individual does not have any business income. In case the resident individual has foreign asset or interest or is a beneficiary of such asset, he needs to mandatory e-file his return in ITR-2, which has a specific schedule on foreign asset.