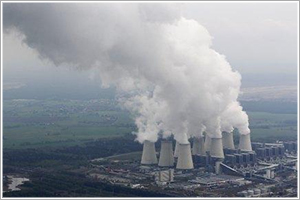 A number of countries rely too much on general income, payroll, and consumption taxes for their fiscal objectives, and too little from taxes on energy use

Fiscal policies should be center stage in getting energy prices to reflect the harmful and environmental side effects associated with energy use, according to a new report released by the IMF.

Energy prices in many countries are wrong because they are set at levels that do not reflect environmental damage, notably climate change, air pollution, and various side effects of motor vehicle use, such as traffic accidents and congestion. Whether on energy or any other product, prices should provide consumers with an accurate assessment of the actual costs associated with the product.

A number of countries rely too much on general income, payroll, and consumption taxes for their fiscal objectives, and too little from taxes on energy use, according to the IMF report.

The case for a tax shift

The report stresses that energy tax reform need not be about raising new revenues. Rather, reform could focus on restructuring the tax system away from taxes that are likely to be most harmful for efficiency and growth, such as income taxes, and towards carefully designed taxes on energy—smarter taxes rather than higher taxes. According to the report, getting energy prices right involves extending motor fuel taxes, which are already well established and easily administered in many countries, to other fossil fuel products, such as coal and natural gas, or their emissions, and aligning the rates of these taxes with environmental damage.

Fiscal instruments, such as environmental charges on fuel use, have a powerful incentive effect on economic behavior. These instruments:

Are the most effective at exploiting opportunities (shifting to cleaner fuels, using more fuel-efficient vehicles, conserving on use of air conditioners, and so on) for reducing the harmful health and environmental side effects associated with energy use—so long as they are directly targeted at the right base (e.g., emissions rather than electricity consumption);

Achieve environmental protection at the lowest overall cost to the economy—so long as environmental tax revenues are used productively (e.g., to lower the burden of broader taxes in the fiscal system or fund socially valuable spending); and

While the case for fiscal instruments is well-established in theory, putting principle into practice has not previously been possible, in the sense that there was little information about the size of energy-related environmental damages for most countries. “In our study, we offer practical guidance for countries on how to go about quantifying the harmful side effects of energy use, and to show what this implies for corrective taxes on coal, natural gas, gasoline, and road diesel, for over 150 countries,” said Ian Parry, Principal Environmental Fiscal Policy Expert at the IMF and lead author of the report.

“For example, health effects from dirty air are measured by assessing how many people in different countries are exposed to pollution from coal plants, vehicles, and so on and combining that with evidence from health experts on how exposure to pollution can increase the risk of various heart and lung diseases,” said Parry.

The report finds that appropriate charges on fossil fuel products are equal to the emission rates from combusting the fuel times the environmental damages per unit of emissions. Additional charges would be needed for motor fuel taxes to reflect traffic congestion, accidents, and road damage, at least for the interim, though over the longer term countries could partially transition to distance-based taxation to effectively address congestion in particular (e.g., peak period fees on busy roads).

Finance ministries can be actively engaged in getting energy prices right, given their role in administering energy taxes, perhaps as part of a broader tax shifting operation. And given the potentially large domestic environmental and fiscal benefits, reform need not await global cooperation over climate policy. The report notes that impacts on vulnerable households can be lessened through targeted measures—for example, strengthened social safety nets—which are a more effective way to help these groups than holding down energy prices, given most of the benefits of low energy prices accrue to higher income groups.

Although there are some inescapable controversies in measuring environmental damages (how, for example, to put a price tag on global warming or value changes in pollution deaths), the methodology and accompanying spreadsheet tools in the report accommodate different viewpoints and serve as a useful starting point for policy dialogue.

India is "a bright spot" in the world economy, says IMF chief