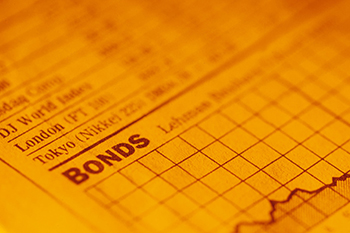 With the Reserve Bank of India slashing interest rate cuts by good 150 basis points, since January 2015, from 8 percent to 6.50 percent, yields on three-year, five-year and ten-year bonds have seen a drastic fall.

With the Reserve Bank of India slashing interest rate cuts by good 150 basis points, since January 2015, from 8 percent to 6.50 percent, yields on corporate bonds have also seen a fall. Yields on three-year, five-year, and ten-year bonds have seen a drastic fall, following the move. Rates on the three-year papers, which were trading at around 8.10-8.15 percent, three months ago, have fallen by almost 25-30 basis points. Rates on five-year bonds have dropped by 70-100 bps, in the last six months, with the central bank slashing rates. AAA rated five-year bonds are currently trading at 8.55 percent.

Says Sangeeta Lakhi, partner, International Capital Markets at Rajani Associates, “In the last six months, yields on the 5-year corporate bond papers carrying ratings of AAA and AA rating have declined by about one percent and 70 basis points, respectively, owing to expectations of further rate cuts and strong inflows.”

She further adds, “Now that the $51 billion limit of corporate debt investments for FIIs is reached, the market may witness more issues of corporate bonds of AA+ and AA rating.”

In the recent monetary policy, the central bank decided to slash the repo rate by 0.25 percent and increase the reverse repo rate. “Pursuant to this rate cut, banks set their base interest rate. By itself, this rate is higher than a fixed deposit but interest on bonds issued by corporates are higher than these base rates. If the bonds carry interest at floating rates, then these rate cuts will fluctuate on the interest paid on the bonds. The pedigree of the issuer and its future prospects determine the initial rating of the bonds. The subsequent performance will either hold the rating or drop it,” explains Lakhi.

“Corporate bonds are the new darling for FIIs. FIIs alone have invested Rs 1 trillion in corporate bonds in the last financial year. The concern on these bonds is not security but interest rates and how the RBI rate cuts have an effect on these bonds,” notes Lakhi.

In the recent monetary policy, the RBI has eased liquidity management for banks by reducing the minimum daily maintenance of the cash reserve ratio (CRR) from 95 per cent of the requirement to 90 per cent with effect from the fortnight beginning April 16, 2016. The major focus of this policy was to address liquidity issues.

The average daily liquidity injection, including variable rate overnight and term repos, increased from Rs 1,345 billion in January to Rs 1,935 billion in March. Besides, durable liquidity was also provided through open market operations (OMOs) of the order of Rs 514 billion and Rs 375 billion through buy-back operations in February and March.

The Reserve Bank also started conducting reverse repo and MSF operations on holidays in Mumbai to enable the frictionless functioning of the payment and settlement system.

Interest subsidy on Kisan Credit Card will continue till FY24