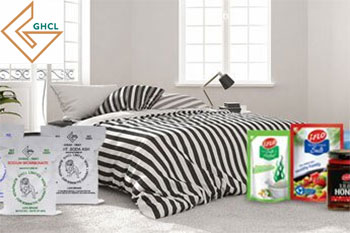 GHCL, India’s leading Chemical & Textile Company, today announced its financial results for Q2FY21. The company’s standalone net revenue for Q2FY21 is at Rs779cr as compared to Rs826cr in the corresponding quarter ended September 30, 2019.

The company’s EBIDTA stood at Rs162cr as compared to Rs203cr in the corresponding quarter last year. Net Profit (PAT) is at Rs78cr as against Rs122cr in the second quarter last fiscal.

However, the company has achieved the robust performance as compared to preceding quarter, where revenue is up by 77% from Rs440cr and EBITDA is up by 93% from Rs84cr.

“We have repaid debt of Rs198cr in this quarter and reduced finance costs by 20%,” company said.

“As the Covid-19 impact continues, global macroeconomic environment remains volatile due to a resurgence in reported cases. In India, since the easing of the lockdown, economic activity has started to recover. Our businesses too are returning towards normal.

Better consumption patterns, robust improvement in operational efficiencies, cost reduction programs coupled with volume growth have led to improved financial performance. We appreciate the trust of our stakeholders and thank our employees for their unrelenting dedication and collaborative spirit during these unprecedented times,” R S Jalan, Managing Director, GHCL, said.