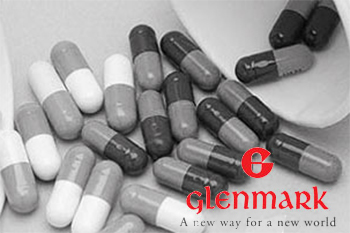 Glenmark Pharmaceuticals Limited, a research-led, global integrated pharmaceutical company on Monday has announced the launch of a bioequivalent version of Tiotropium Bromide dry powder inhaler (DPI) under the brand name Tavulus in Spain, for the treatment of chronic obstructive pulmonary disease (COPD).

COPD is a long-term condition that causes inflammation in the lungs, damaging the lung tissue and narrowing the airways, all of which make breathing difficult. Studies show that close to 2.5 million people suffer from COPD in Spain.

Tavulus is expected to provide relief to a large patient population in the country. It is a long-acting bronchodilator that helps to open the airways and makes it easier for air to get in and out of the lungs. It also works to prevent sudden, short-term worsening of COPD symptoms.

Commenting on the launch, Vice President - Business Development of Glenmark Pharmaceuticals Limited, Dr. Jiří Havránek, says, “The goal of COPD treatment has always been to provide quick symptomatic relief to patients, and reduce the risk of exacerbations. Since its launch, we have seen the multiple therapeutic benefits of Tavulus in other markets, and we are pleased to extend these benefits to patients in Spain.

This inhalation therapy has been shown to significantly aid in the daily management of COPD. We hope that it improves both COPD symptoms and quality of life in those who are most affected.”

In November 2017, a Glenmark European subsidiary entered into a strategic, exclusive in-licensing arrangement for marketing generic Tiotropium Bromide DPI in Western Europe and the UK. Glenmark is planning subsequent launches of the product across these markets under the brand name Tiogiva in UK, Ireland, Sweden, Finland and Norway; Tavulus in Denmark and Netherlands; and Tiotropium Glenmark in Germany.

On Monday morning early trade, Glenmark Pharma was trading at Rs528.25 per piece higher by 0.28% on Sensex.