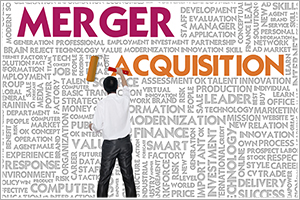 Despite this dramatic increase, however, the number of completed deals fell by 2 percent over the same period, according to KPMG’s latest Global M&A Predictor

An improving global economy and large corporate cash reserves contributed to a 26 percent increase in the value of announced M&A deals between January and June of 2014. Despite this dramatic increase, however, the number of completed deals fell by 2 percent over the same period, according to KPMG’s latest Global M&A Predictor.

“Overall, the picture is a positive one. Appetite for M&A deals remains strong, capacity is going up and we are are starting to see an increasing number of deals being announced,” said Tom Franks, Global Head of Corporate Finance at KPMG. “There is a danger, though, that domestic protectionism, certainly in markets like the UK, France and Canada, could damage the recovery.”

Strong appetite for M&A deals in India
India was one of the strongest performers globally. The appetite for M&A deals of Indian corporate increased by 10 percent in the first half of 2014, compared to the global 1 percent decline over the same period. Over 12 months, the Indian figure is even more impressive, showing a 21 percent rise. Again, this compares well to the global 16 percent rise. The capacity of Indian companies to conduct M&A also outperformed the market, showing a 38 percent improvement in their capacity to transact. “Market sentiment has improved significantly post the decisive outcome in the general elections earlier this year,” said Vikram Hosangady, Head-Transactions & Restructuring, National Leader-Private Equity, KPMG in India. “Confidence that the new government will strive to revive the investment cycle and focus on policy and fiscal reforms is expected to keep India very active on the global radar.”

Sector confidence remains high
The high level of M&A appetite is apparent across most industries, with predicted forward price/earnings ratios remaining higher over the past year. The only sectors not to record double-digit increases in appetite over the past 12 months were Consumer Discretionary and Consumer Staples. The strongest expectations were for Telecoms, Utilities and Energy.

Confidence highest among European corporations
Confidence among the largest European companies remains resilient. Predicted forward price/earnings ratios have risen 24 percent year-over-year, the joint highest of any region. At the other end of the spectrum, forward price/earnings expectations for Japan fell 11 percent between January and June of 2014, reversing most of the gains made between June and December 2013.

M&A outlook for the US is optimistic
“Executives are reassured by the improving global economy and decreasing uncertainly,” said Dan Tiemann, lead for Transactions & Restructuring with KPMG in the US. “Large cash reserves and attractive investment opportunities have and will continue to result in more deal-making for US companies.”