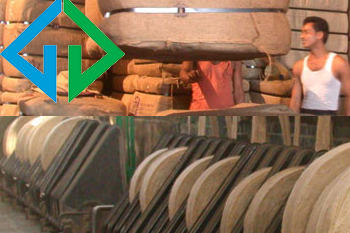 The Board of Directors of Kettlewell has also in their Board meeting held on March 29, 2016, approved the said Scheme. The Scheme shall be subject to the approval of the Stock Exchange, shareholders and the Hon'ble High Court of Calcutta and other authorities as may be required under applicable law.

The stock traded above its 100 DMA.