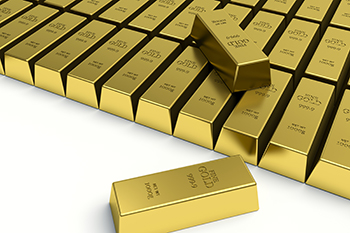 The January to March 2017 period has been the best 4th quarter in terms of gold import since early 2013.

Gold imports for Q4 stood at 230 tonnes. In the month of December gold imports took a vertical climb, post the note ban move taken by the government, after being subdued for the first 7 months of 2016-17.

After Prime Minister, Narendra Modi, announced the noteban on November 8, 2016, many black money holders bought gold with their old currency denominations after paying a higher premium, which led to import of 100 tonnes of gold in November month.

In April month as well, there will be a strong demand for gold as on April 28 Akshaya Tritiya festival is there, which is considered as an auspicious day for purchasing gold.

According to experts, in a rising price trend with gold import tariffs set twice a month and dollar-rupee rates set on different dates, there is bound to be speculative interest in addition to genuine demand.