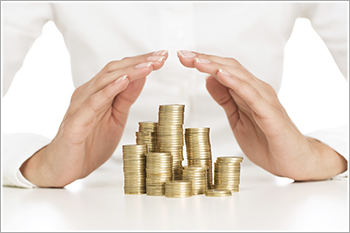 Retail investors who are keen on investing in PSU banks may look at investing in larger PSU banks, for the long term, as they are expected to pick up in the coming months, note experts.

Since the past few months, the banking sector has been going through a very rough patch. Slower credit growth and mounting non-performing assets (NPAs) or bad loans are a major concern for the banking industry, especially public sector banks. The Reserve Bank of India (RBI) has been trying hard to tackle the growing issue of bad debts or NPAs through different measures, with the support of banks.

Public sector banks such as Bank of Baroda and Indian Overseas Bank have not been able to keep up with the market expectations, in the second quarter, of this fiscal. At the same time, the country’s largest bank, State Bank of India (SBI) did beat market expectations by reporting a much better than expected results for the second quarter, with its net profits growing 25 per cent, on account of a drop in non-performing/bad loans. The bank’s asset quality improved to 4.15 per cent in July-September as against 4.29 per cent, in the previous quarter. Arundhati Bhattacharya, Chairman, SBI noted that the bank is confident about the quality of assets, going forward.

At the same time, Punjab National Bank’s net profit for the quarter rose 7.94 per cent on a year-on-year basis, to Rs 621 crore. Gross NPA for the bank declined to 6.36 per cent for the quarter from 6.47 per cent.

Analysts believe that SBI, being the country’s largest bank, given its size and reach, is well placed and attractively valued. Some other PSU bank stocks that are priced on the lower side do carry the risk of erosion of capital due to a decline in the asset quality. Recent FDI measures by the Government have lifted the sentiment in equity markets and analysts believe this trend should continue as macro factors turn favourable for the economy as a whole. Finance Minister, Arun Jaitley, will meet chiefs of PSU banks to discuss various issues such as bad loans and credit flow to productive sectors, on November 23.

Analysts are of the view that most lenders have seen a rise in NPAs in the areas of infrastructure lending, namely steel, cement, textile and EPC (engineering, procurement and construction) contractors and the SME sector. This is mainly on account of the recent slowdown and slow economic growth that has affected demand. According to a PTI report, as many as 7,035 willful defaulters owe about Rs 59,000 crore to the PSU banks. However, Government initiatives such as Indradhanush, the seven-point agenda, to revamp the functioning of PSU banks, should help PSU banks to improve their financials. At the same time, recent rate cuts, by the RBI, should also help in reviving the sector. The Government had recently announced a capital infusion of Rs 70,000 crore in PSU banks, over a period of four years, starting this fiscal. Since the past few quarters, Punjab National Bank and SBI are seeing stable asset quality. Thus, retail investors who are keen on investing in PSU banks may look at larger PSU banks, for the long term, as they are expected to pick up in the coming months, note experts.