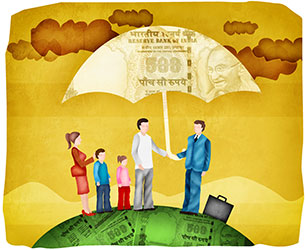 Govt to hold talks with parties on insurance bill today

The Narendra Modi government was unable to persuade Opposition members of the Rajya Sabha to back an amendment that would raise the overseas investment limit in insurance to 49% from 26%, according to reports.

Report stated that Congress party,insisted that the amendment should be referred to a select committee of the House.

The National Democratic Alliance can muster 56 members of its own in the 243-seat house.

Report stated that Finance Minister Arun Jaitley talked tough during the all-party meeting on the Insurance Laws Amendment Bill and told Congress leaders to either approve, reject or amend the legislation in the Rajya Sabha.

The final decision will be taken in the next round of meeting which is likely to be held in the next two days.

There are reports that the government is planning to move the insurance bill in Rajya Sabha on Tuesday.