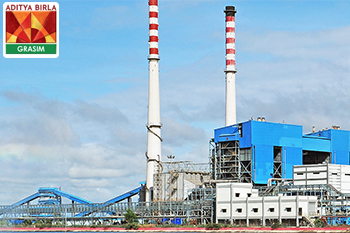 The company said the order was not tenable in law and the company was taking necessary action against the order.

According to the company, the deputy commissioner of income tax (DCIT) issued a show cause notice on February 11, which was subsequently revised on March 01, asking as to why the provisions of Section 115-0 read with Section 115-Q of the Income Tax Act, 1961, should not be applied to the allotment of equity shares by Aditya Birla Capital (ABCL) to the shareholders of the company.

The DCIT held that as the demerger of the demerged undertaking is not in compliance with Section 2(19 AA) of the Act, the value of shares allotted by Aditya Birla Capital Ltd (ABCL) to the shareholders Grasim Industries, amounted to dividend, within the meaning of the Act, the company added.

As on February 11, the DCIT had issued a show cause notice, subsequently revised on March 01, 2019, as to why the provisions of section 115-0 read with section 115-Q of the Income Tax Act, 1961 (the Act) should not be applied on the allotment of equity shares by ABCL to the shareholders of the company, pursuant to the Composite Scheme of Arrangement between Aditya Birla Nuvo Limited and Grasim Industries Limited and ABCL.