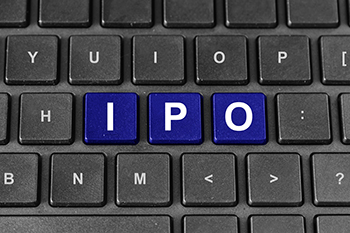 GreenSignal Bio Pharma Limited (GSBPL), a vaccine manufacturing company, has filed the DRHP with SEBI for its proposed Public Offer through Offer for Sale (OFS). The Company has signed up with Indian Overseas Bank to be the Global Co-ordinator and Book Running Lead Manager and Bigshare Services Pvt. Ltd. to be the Registrar for the proposed offer.

The Offer for Sale would constitute about 1,45,79,560 shares of face value of Rs. 10/- each at a premium to be decided through the Book Building process and shall be offered by the existing shareholders (38% of the paid-up capital of GSBPL) to QIBs, HNIs and retail investors in India as well as FIIs, FPIs and NRIs eligible to invest in these securities.

GSBPL is one of the four companies worldwide who have been WHO-prequalified to supply the BCG vaccine to UNICEF. The company manufactures and supplies the Tuberculosis (TB) immunizing vaccines called the BCG (Bacillus Calmette-Guerin) that are administered to babies  to protect them from being infected with severe forms of childhood Tuberculosis (TB). Government of India, Ministry of Health and the UNICEF (United Nations International Children’s Emergency Fund) are the principal clients of GSBPL.

The company has a firm order pipeline of 84 lakhs vials to be executed in the next two years. GSBPL also exports products to 17 countries either directly through UNICEF or indirectly, through supply, distribution and other arrangements.

The Company’s manufacturing facility is located at No.49, Pappankuppam Village, Gummidipoondi, Tiruvalluvar Dist - 601 201.  The Company has acquired 34.01 acres of land at Tiruvallur near Chennai, for its expansion projects.

India is one of the largest manufacturers and exporters of vaccines worldwide, with 12 major vaccine manufacturing facilities. These vaccines are used for the national and international markets (150 countries), which makes India a major vaccine supplier across the globe. India is the largest vaccine supplier to the UNICEF, supplying nearly 37% of the vaccines procured by UNICEF annually.