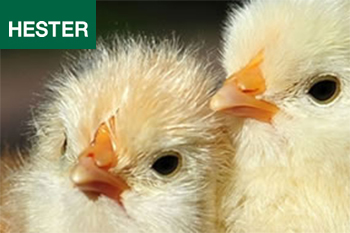 Hester Biosciences' announcement of no change in revenues due to the bird flu outbreak has reassured stakeholders.

The company touched an intraday high of Rs1,736 earlier during the trading session.

In a press release the company said, "While there have been Bird Flu outbreaks in organized poultries in India, Hester’s technical team has been assisting the poultry industry by improving the biosecurity and general health condition of poultry to ward off the disease."

"Hester’s revenues have not got impacted in this current Bird Flu situation prevailing in India. We continue to grow as per our forecasted growth plans," the company added.

Commenting on the government's reaction to the flu, Hester Biosciences said, "The Indian Government’s policy towards controlling Bird Flu in poultry is by stamping out the infected poultry population".

It also informed that, "No country has control over the movements of the migratory wild birds or on their spreading of any disease including Bird Flu disease."