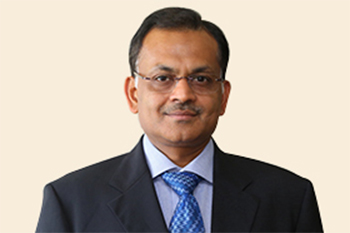 CNBC-TV18 took a detailed outlook about SREI Infra from CMD Hemant Kanoria after the company underperformed in terms of both profits and net interest income. The company posted a 16% decline in its net interest income to Rs 213.36 crore while its profit slumped 27.3% to Rs 17.16 crore.

Profits will catch up
Since the company’s total income grew only 4% compared to 19% growth in disbursements, Kanoria explained the logic behind the gab by stating that profits will take time to align with the disbursements. He added that the profits rose quarter-on-quarter, but they will strengthen during the upcoming quarters.The company’s target at the moment is to bring down non-performing loans (NPLs), and the efforts are expected to yield results from next quarter onwards, according to Kanoria.

Detailing out the direction of things in the next fiscal, Kanoria said that the stresses in the infrastructure sector are clearing out, which should allow them to report robust growth next year. He highlighted that the consolidated asset under management grew to Rs 36,900 crore in Q3 from Rs 35,000 in the previous quarter.

Viom cash flow to come
Kanoria further elaborated that in a business like theirs, it takes time for interest income to generate following the disbursements. This is why there is a lag of time between disbursements and net income growth. At the same time, the company’s Viom deal is likely to produce cash flow in the next quarter, so Kanoria is optimistic that things will turn around from hereon.

Describing more about the possible completion of Viom sale, Kanoria said that they have already received due approvals from competition commission as well as Foreign Investment Promotion Board (FIPB). So, only approval from the cabinet is pending so far, and Kanoria is positive that it will happen soon, after which the cash will flow into the books.

In the end, Kanoria reiterated that their NPL declined in the range of 2.8% to 2.9%, and the company is committed to bringing it down in each successive quarter.