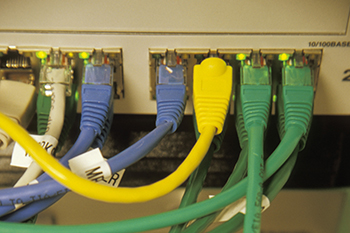 Indian IT sector has managed to perform well in FY18 despite an expectation of subdued performance. According to our interactions and industry readings, the decision making seems to be improving and overall IT budgets are looking better for calendar year 2018, which indicates that in FY19 this sector is expected to perform well. This is corroborated with NASSCOM’s commentary while giving out guidance for FY19E.

Buybacks seen in FY18 - FY18 saw majority of the companies tackling over capitalization by the way of buy backs, which has partially supported the stock price. This in case of Infosys provided support in midst of CEO stepping down, an event that sent the share price to low levels of ~Rs875. TCS, HCL Tech and Mindtree bought back 2.5%-3% of their outstanding shares, while Wipro and Infosys bought back ~8% and ~5% respectively.

Mid-cap IT run up - Owing to higher earnings growth profile of mid-cap IT companies, the pack has seen P/E multiples expand and outperform larger peers in the current year. This is likely to have been aided by digital deals as clients are willing to engage with new vendors with next-gen technologies. Mid-tier firms have also focussed on clients that are normally not addressed by larger IT services companies.

Trump H-1B Visa crackdown not much impact on large IT - Trump administration in February put out a new visa policy that would require companies to “have specific and non-speculative qualifying assignments in a specialty occupation for that beneficiary for the entire time requested on the petition”. This move was largely aimed at curbing “bench without pay” and “speculative visa” practice typically employed by staff augmentation companies. This although will impact the margins to a certain extend owing to increase in regulatory expenses. Indian IT firms have been following this practise and impact will be marginal.

Deal pipe-line positive, Industrialization of digital picking up – Majority of the large IT companies have seen their deal pipeline improving and as a result, companies are expecting better year for FY19. Infosys is seeing better traction in BFSI, while TCS is positive on retail. Cognizant kept the 2018 revenue growth outlook at 8-10% yoy, same as 2017, which although perceived as conservative, points at a stable growth outlook for 2018 for the overall sector. Accenture’s revenue beat and 11% cc yoy growth in consulting revenues points to pick-up in discretionary spending. It also raised its FY18 revenue guidance to be at 7-9% cc from 6-8% cc earlier. Industrialization of digital theme is also picking up as per Accenture’s previous commentary which is seen in TCS signing its first USD50mn+ deal in digital in 3QFY18.

NASSCOM upbeat about 2018 - Indian IT industry apex body, NASSCOM, guided for 7% to 9% growth in industry exports for FY19 in constant currency terms at its annual meeting this year. FY19 could be better for the overall industry and it cited uptick in global economy and key markets, and positive trends seen in technology spends as reasons for the guidance. Key takeaway was that digital in India is growing at the 1.5x faster than global digital growth rate and accounts for ~20% of industry exports.