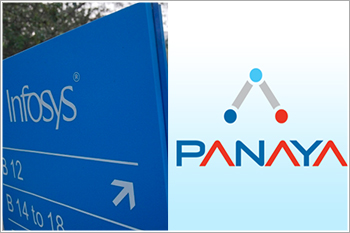 Much more than a smart buy of inorganic inroads into the global enterprise customer portfolio, the $200 million all-cash deal heralds a new era of compelling value proposition of Indian IT services where sheer development of heads will override mere maintenance of headcount.

In his recent media bytes at different venues and occasions, Infosys MD and CEO Vishal Sikka, as also members of his core team, had empathically stressed on the critical significance of automation in software services as also on the temporary replacement of resources as a direct consequence of the adoption of emerging technologies. The Panaya acquisition has put these company statements in perspective but going by media’s glorious obsession with potentially contentious issues, it would be more than keen to explicitly link Infy’s new-found ambition to acquire tech companies of tomorrow with likely TCS-like job cuts despite the Infosys elucidation stressing on the acute need for reskilling of resources to keep pace with the fast changing tech landscape. The Panaya deal is a key game changer for the slumbering Indian software service industry and that should be the focal point of the media story. That Sikka sees the Panaya acquisition as an enabler relieving his people of the ‘drudgery of many repetitive tasks’ spells great news for the industry and its practitioners across levels.

Before we come to how the deal changes the scene for Infosys and the software service fraternity, Panaya deserves a special mention. For long, given the inflexibility of ERP implementations, it was almost an onerous norm amongst the users of enterprise products to ‘keep’ their systems stable by turning their back against any significant upgrades, patches and releases that threatened to disrupt business in a big way. A key support provider of this compromise market was Rimini Street which assured stability at cost-effective rates provided you were okay with not having the most current version of your ERP. But given the ever changing tax, regulatory and compliance rules, changes to the ERP code become imminent and users have to depend on their own support departments for all inevitable fixes that necessitate rigorous, fool proof testing before going live.

Panaya comes with an irresistible Amazon EC cloud-run Software-as-a-service value prop. They help you stay updated at all times without the need for deploying dedicated support teams and heavy IT budgets.  Beginning their enterprise tryst with SAP, they added Oracle and Salesforce to their fold in due course and literally redefined the erstwhile unglamorous update fixing job by mathematically reengineering it end-to-end. Panaya tests update chunks vis-à-vis virtual production versions and furnish intelligent reports about which of those will march ahead, which would cause glitches and which would pose serious threats. Given such substantiated support, it’s that much easier to prevent the ruckus of failed upgrades, corrupt data and system crashes.  Ask an ERP user from the tech side about the sheer delight of more than half of potential upgrade bottlenecks cleared automatically and he/she will fall short of words. Panaya focused on what seems elementary in hindsight and yet was overlooked by even the best of breed Enterprise providers – that upgrades are as integral to ERP as releases are. Panaya's cloud-based engine accelerates the process of updating enterprise applications by leveraging its huge repository of past experiences. In today’s cut-throat era, you couldn’t ask for a better edge.

That Infosys will be able to readily deploy this edge to its customers is as important a win as getting 1,220 companies in 62 countries on a platter. The fascinating automation IP edge will help Infosys manage client projects better and faster than ever before to be able to stake serious claims to the strategic partner crown. Panaya will most definitely fortify the Infosys Testing stream which is under severe pressure in the wake of the growing shift in favor of Cloud and Mobility solutions. And with Panaya on its side, Israel becomes centre stage to Infosys and even India, going by Sikka’s talks with PM Modi in the context of digital India. More acquisitions and tie-ups seem ripe with the start up nation which is increasingly looking to Asia in the wake of a prominent anti-Semitism wave and likely trade sanctions. Like in most things, China will be our fierce competitor in Mission Israel too and hence every breakthrough will be significant both for the Indian service sector and India. That SAP is circuitously central to most Sikka innovations including Panaya is pretty obvious. Himself an ex-SAP, he’s got two ex-SAP comrades steering key functions in Infosys - Ritika Suri who recently took over the M & A reins and Big Data & Analytics boss Abdul Razack to whom Panaya CEO Doron Gerstel will now report. One of the Panaya investors happens to be Sikka's mentor and SAP cofounder Hasso Plattner. Most interestingly, the blurred Panaya-SAP equation (given the rather shaky existence of SAP Solution Manager) will now move from blurred enmity to marked affinity given Infy’s rock solid alliance with SAP.  The Panaya deal has taken Infosys that much closer to Sikka’s radical agenda of an innovative productization of its services. The company seems to have consciously chalked out a plan towards fulfilling this mission. That explains the DreamWorks and Tableau Software alliances, the ongoing on-boarding of data analytics, cloud and consulting talent, Abdul Razack’s and Binod Hampapur’s in-house classes  on data science & and AI respectively and the aggressive automation strategy for enhancing its thriving testing practice.

While a section of media is busy citing doomsday predictions of futurology experts, of mass-scale human elimination from the growing automation spree, we should in fact rejoice the new trend that seeks to make Indian IT more agile and aware about the evolving paradigms of tomorrow.  Like Infosys, there are many other players (like Cognizant whose TriZetto buy will be fresh in Infosys minds) who have taken the same route to reinvent themselves. The changing scenario will undoubtedly help Indian software professionals move from being perfunctory coders to becoming prolific programmers. The popular IT word ‘resources’ would then be consciously used in the context of developers (and would not simply imply the human tag) and career planning would assume meaning and substance unlike the hackneyed and programmed voyages through the winding project-bench-project route interspersed with default onsite placements, bell curve performance appraisals and the commotion of promotions bundled with the managerial power perks (Authority and influence exercised through the grand office of Words, Excels and Power points)

The coming era of innovation-led growth demands ability and agility in the same breath and in equal measure. The reskilling that Infosys has pointed out would need to happen on the job as well as in the mind. Learning to tame disruptive technologies with authority and responsibility alone will help our IT professionals avoid the otherwise looming disruption in personal and professional lives.