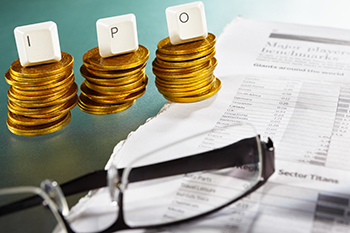 Moreover, the funds mopped up by these 11 companies have been the highest in past six years. In the current calender year, the January-June period saw 11 companies raking in Rs.7,775 crore though IPOs, which is the highest since 29 firms garnered Rs.9,693 crore in the first six months of 2010.

Last year, 8 companies had raised Rs.3,850 crore via IPOs, in the same period.

The recently concluded issue of Quess Corp witnessed overwhelming response from the investors and was oversubscribed by 144.5 times. Similarly, Mahanagar Gas, which got listed recently saw its issue getting oversubscribed by nearly 65 times.

Analysts are of the view that Sebi has played a key role in reviving the IPO market sentiment and reinstating the confidence of retail investors. Besides, right pricing; proper promotion and impressive track record of the companies floating IPOs have been the other responsible reasons for IPOs hitting the bull’s eye.

It is pertinent to note that 2016 faced several headwinds on economic front that dented the growth of India Inc to a major extent. Despite the weak global economic cues, benchmark Sensex and Nifty offer 4% and 4.9% return respectively.

Experts believe investors in India are somewhat refrained from safe investment tool like gold, due to the unprecedented surge in the precious metal’s price that has helped the IPOs witnessing more retail as well as institutional participation. IPOs of Thyrocare Technologies, TeamLease and Ujjivan Financial were subscribed 73, 66 and 41 times respectively.

Last year, Dalal Street had witnessed the re-entry of retail investors in the primary market which saw nearly 20 companies raising around Rs. 16,000 crore via initial public offerings (IPOs). CY2015 had emerged as the best year for the primary market in last five years.

In 2016 so far, companies from diverse sectors such as healthcare, financial and technology, have hit the capital market. IPO of the Ahmedabad-based e-commerce firm Infibeam Corporation, which saw subdued response from the investors and was oversubscribed just 1.1 times, currently leads the chart with 62% premium at Rs.697 over its issue price of Rs.432 a share. The company had raised Rs.450 crore. Similarly, Ujjivan Financial that raised Rs.885 crore via IPO offers 51% premium at Rs.417.3 over its issue price of Rs.210 per share. Among other notable IPOs that trade in premium include, Equitas Holdings (41%), Parag Milk Foods (29%), TeamLease Services (23%), Thyrocare Technologies (21%), Mahanagar Gas (19%), and Narayana Hrudayalaya (20%).

IPOs in Red: Some not in good Health

The IPO of Healthcare Global Enterprise (HCG), India’s largest cancer-care chain, was subscribed 1.56 times by the retail investors, but the issue currently offers negative return of 15% over its issue price of Rs.218 at which the company raised nearly Rs.650 crore. Similarly, anti-virus services provider Quick Heal Technologies’ IPO disappoints the investors with -14% return despite it was subscribed 11 times. Precision Camshaft is trading 45% lower that its issue price of Rs.186 a share.

What is in store?

With market regulator Sebi recently giving a go-ahead to firms like L&T Infotech, Hinduja Leyland Finance, CL Educate and Varun Beverages, the IPO pipeline for the second half of the year has become more robust. The tech arm of Larsen & Toubro, L&T Infotech, is set to offer up to 1.75 crore of equity shares at a price band of Rs.705 to Rs.710. The company is expected to mop up over Rs.2,000 crore via an IPO, which will open for subscription on July 11.

Despite the post budget rally losing its charm on Dalal Street, the robust IPO pipeline for the current fiscal only adds to investors’ joy. With telecom major Vodafone expected to submit IPO papers with market regulator Sebi in September and many others in pipeline, the golden run of IPOs is expected to continue. The stock market regulator has given its nod to as many as 25 companies, which are likely to mop up nearly Rs. 15,000 crore. AGS Transact (Rs.1,350 crore), Nuziveedu Seeds (Rs.700 crore), Genesis Colors (Rs.650 crore), Paranjape Schemes (Rs.600 crore), Matrix Cellular (Rs.500 crore), Hinduja Leyland Finance (Rs.500 crore), and Uniparts (Rs.300 crore) are  mong others set to tap the capital market.