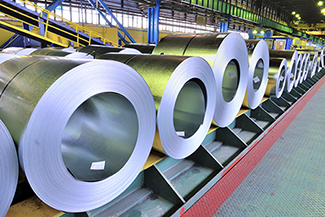 JSPL’s standalone as well as Group consolidated performance during 3QFY15 was negatively impacted due to a combination of several adverse developments which interalia include imposition of additional levy on the coal extracted since the start of mining operation in its captive mines; low demand for steel in the domestic as well as export markets and the consequent decline in Market Price levels; continued suspension of iron ore supplies from its major supplier, M/s SMPL and non – availability of coal for its Tamnar Phase – II 4 x 600 MW Power plants.

While JSPL managed to achieve an EBITDA level of 29% and 28% for its standalone and Consolidated entities respectively, its Profit before tax was adversely affected due to unfavourable market conditions and high cost of raw materials. The results were also affected by substantially higher costs on account of depreciation and interest which for the consolidated operations during 3QFY15 increased by Rs.528 Cr compared to the same quarter in the previous year. The 3QFY15 PAT of JSPL Standalone and Consolidated excluding exceptional item were Rs.118 Cr. and Rs.180 Cr. respectively.  As a result of Supreme Court’s decision to impose additional levy retrospectively, JSPL was forced to pay a lumpsum amount of Rs.3,089 Cr which caused it to post a loss of Rs. 670 Cr and Rs.1,675 Cr for JSPL Standalone and Consolidated respectively.

Although JSPL successfully commissioned its 2.3 MTPA billet caster and 0.175 MTPA Heat treatment shop in Angul during 3Q, its plant capacity could not be fully utilized due to subdued demand for plates and semi – finished products during the last quarter. All recently commissioned and upgraded units delivered stable and targeted performance levels. However, the Company had to meet a substantial part of its requirements of iron ore and thermal coal either from auction sales or imports resulting in higher raw material and production costs. The Company during 3Q undertook multiple steps to reduce its costs including reduction of manpower by over 5%.
JPL

Although, Jindal Power Ltd. (JPL)’s existing 4x250 MW plant continued to operate at PLF of 96%, the Phase II units could not be operated due to shortage of coal and relatively low merchant rates. COD Certification for three (3) out of the four units have been completed and the units have achieved stable performance at the rated capacity levels. The Company secured two new long term PPAs from KSEB with a combined capacity of 350 MW. JPL’s continued focus on “Operational Excellence” also resulted in reduction of “Gross Heat Rate” as well as Auxiliary Power Consumption.

Global Ventures
While JSPL’s Oman unit notwithstanding the tough market conditions, operated to near full capacity, its units in Australia and South Africa suffered setback in performance due to issues of Environmental Clearance and labour productivity. Both these issues are in advance stage of resolution and are expected to resume normal production during 4QFY15.

Future Outlook
It is believed that with a stable and dynamic Government at the centre and multiple development initiatives and policy reforms initiated by the latter, the GDP is set to grow at 6.5% during 2014–15. The confidence of both domestic and international investors is on the rise and markets are already trading on all-time high. All major countries including US, Japan, China and Europe appear all set to invest big time in India’s infrastructure and manufacturing sector.

The Government is also quite aware of some countries’ attempt to dump steel products in the Indian market causing major setback to the local steel producers. It is expected that the Government in the coming Financial Budget would take remedial steps to curb dumping of steel. This would help the Indian Steel Industry to regain its health and growth tempo. The production and demand of Steel is expected to grow between 2.5% to 3% during 4QFY15 and 3.0–3.5% during 1QFY16.

Once the coal auction is completed and mines are allocated, the State Electricity Boards (SEBs) are expected to invite offers for fresh PPAs and thus create additional demand for supply of power. Several transmission projects are set to be completed within the next 6 months, thus easing the evacuation constraints. It is estimated that both steel and power sectors would revive and the demand growth during the 2nd half of FY15-16 would be between 4.0 – 4.5% for Steel and 8.0 - 8.5% for Power.

With economy gradually looking up, JSPL is targeting a double digit growth in turnover in both Standalone and Consolidated level starting from 1QFY16. It is also expecting its raw material issues to be resolved by the end of 4QFY15. With All the new production facilities fully operational, JSPL is fully geared to meet any enhanced demand opportunities in the market.