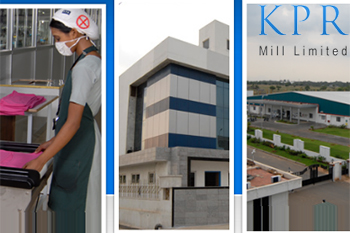 KPR Mill Ltd. on Thursday filed a release in reference to its earlier intimation dated July 11, 2019 stating its inability in going forward with the Buyback proposal because of the increase in the amount of buyback obligation due to the tax proposal in the Finance Bill 2019.

As per the latest amendment in the Tax Policy vide The Taxation Laws (Amendment) Ordinance, 2019 No 15 dated September 20, 2019, buybacks announced prior to July 5, 2019 are exempted from the tax implication announced in Finance Bill 2019.

The company said that as its buyback falls under this category, it had sent a letter to Sebi requesting to proceed with the buyback as originally contemplated since KPR has adequate cash reserves to meet the buyback obligation assuming tax exemption.

The company added that Sebi has informed KPR that it could proceed with the buyback offer as originally contemplated.

In this regard, the company said that it wishes to proceed with the Buyback offer.

The schedule and other activities in this respect will be intimated in due course to the shareholders as on record date, i.e., June 19, 2019.