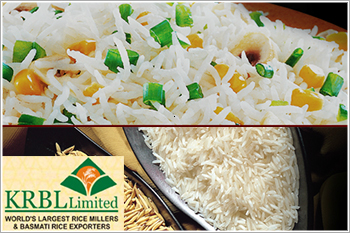 KRBL Limited informed the exchanges Wednesday that after the directions received from the Punjab Pollution Control Board (Punjab PCB) for restraining the operations of its unit situated at Dhuri. The company approached the Supreme Court and since the above matter was under appeal with Supreme Court, the directions of Punjab PCB were yet to be implemented.

The company said Supreme Court vide its order dated July 13, 2021, passed an order stating that the parties are "directed to maintain the status quo as it exists today". Since the unit was operating as usual and the annual maintenance activity was going on, the operating activity in the unit continues as usual.

“This is to further inform you that your Company, being a law abiding entity which gives utmost importance towards statutory compliances, shall continue to comply with all the laws of land including but not limited to the guidance, directions and instructions from Pollution Control Boards, NGT and other authorities from time to time,” company said.

The company had informed on July 6, 2021, regarding the directions as received from Punjab PCB for restraining the operations of its unit situated at Dhuri, Distt. Sangrur, Punjab, in compliance to the orders dated July 2, 2021 passed by the National Green Tribunal (NGT).

The company filed an appeal before the Supreme Court which was represented inter-alia by Kapil Sibal, Sr. Advocate and Anirudh Bakhru, Advocate, for and on behalf of the company.