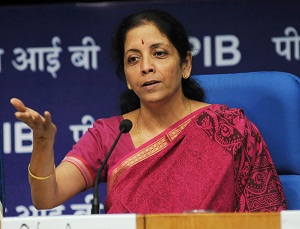 FM Sitharaman on Tuesday said that an economic package is in works. The FM had extended the deadline for filing income tax and GST returns.