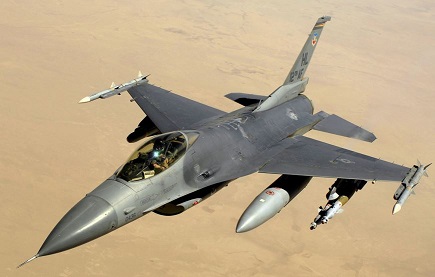 India’s diversified automobile conglomerate Mahindra and Mahindra Limited (M&M) has inked a Memorandum of Understanding (MoU) with ShinMaywa Industries Limited, Japan (Shinmaywa) for setting up Maintenance, repair and overhaul (MRO) services, manufacturing and assembling of structural parts & components for US-2 amphibian aircraft. The MoU between M&M’s 100% subsidiary Mahindra Defence Systems Limited (MDSL) and Shinmaywa will be one of the most important events at the ongoing Defence Expo (Defexpo 2018) at Chennai.

ShinMaywa US-2, manufactured by ShinMaywa, is a modern amphibious aircraft. It is a veritable force multiplier since it fulfils a multitude of missions in a single platform. It is an unique aircraft and the only 'in service' open sea capable amphibian aircraft with state of art equipment, very rough sea operations (Sea state 5 up to 3m wave height), riverine/lake landing capability, STOL features, long endurance and extended radius of operations with large payload capacity. The ShinMaywa US-2 fleet is deployed by Japanese Maritime Self Defence Forces across their remote islands chain for Exclusive Economic Zones protection, surveillance and Search & rescue operations. India and Japan are now discussing the methodology of procurement of Amphibian Aircraft US-2 requirements of the Indian Navy. Both nations are working on the way forward to induct this aircraft in India.

Both ShinMaywa and MDSL have entered into this partnership with a view to set up MRO services in India and also undertake manufacturing, assembling of structural parts & components for US-2 amphibian aircraft etc. The MOU envisages both the companies to build up a strategic partnership for future versions of US-2 amphibian aircraft. The ShinMaywa group has a product range of Aircraft, Industrial Machinery, Environmental Systems, Special Purpose Trucks and Passenger Boarding Bridges. ShinMaywa products are exported to over 100 countries around the globe, including India. Among the defence products, it manufactures the Amphibious Aircraft US-2.