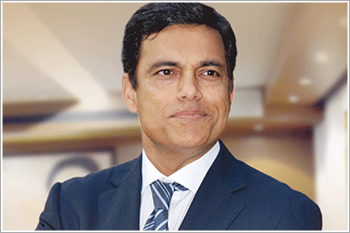 Going by credible media snippets, the Sajjan Jindal-controlled JSW conglomerate -with wide ranging interests from Steel to Power - could make a foray in the world of cricket, though the acquisition of the glittering Indian Premier League team Royal Challengers Bangalore (RCB) for an estimated tag of around Rs 634 crore.

CEO of JSW Sports-owned Bengaluru FC and JSW’s would-be chief Parth Jindal is believed to have shown keen interest in acquiring the high profile team comprising celebrity names of the likes of Virat Kohli, AB de Villiers and Chris Gayle.  The current owner of the team is the liquor major Diageo Plc which is at loggerheads with former owner and tainted liquor baron Vijay Mallaya over blatantly public disputes on alleged misappropriation of company funds.

If the deal sees the light of the day, this would mark the second instance of ownership change in IPL history.  Earlier, the Sun TV Network won the Sun Risers Hyderabad  (formerly Deccan Chargers) after the earlier owners Deccan Chronicle Holdings failed to raise a bank guarantee in stipulated time.