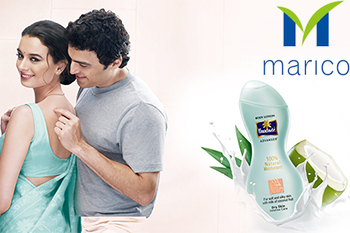 Marico shares have recovered from the day’s low in the afternoon session on the stock exchange. The board has appointed Pawan Agarwal as the company's new CFO.

The Board appointed Pawan Agrawal as the Chief Financial Officer of the Company with effect from September 10, 2020, in succession to Vivek Karve.

The Board accepted the resignation of Vivek Karve, Chief Financial Officer, to be effective from the close of business hours on September 10, 2020. Vivek Karve joined the Company in the year 2000 and was appointed as the Chief Financial Officer of the Company on April 1, 2014. In his 20 years’ stellar career in Marico’s Group Finance, Karve contributed significantly to the Company’s growth and transformation journey.

The Scheme is subject to the requisite statutory/regulatory approvals including the approval of jurisdictional National Company Law Tribunal (‘NCLT’), and the respective shareholders and creditors of the Company and Marico Consumer Care Limited (as may be directed by the NCLT), Marico said in an exchange filing.

The management of MCCL and Marico believe amalgamation of MCCL into Marico, inter alia, would have the following benefits:
– Consolidation of business;
– Elimination of a multi-layered structure;
– Reduction in administrative, compliance and other operational costs

There is no cash consideration involved. Since MCCL is a wholly-owned subsidiary of Marico, no shares of Marico shall be allotted under the Scheme in lieu or exchange of the shares of MCCL,Marico added in the press note.