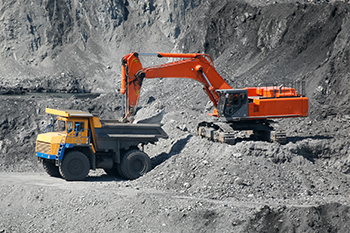 Revenues for steelmakers are likely to be down sequentially in Q3FY19E due to a fall in steel prices over the past quarter. Due to the weakness in prices leading to a contraction in spreads, EBITDA margins are likely to shrink ~200bps qoq in Q3FY19E. This, combined with weak Chinese macros, are likely to keep investor sentiment subdued.

Auto sales for Q3FY19 also declined 9-10% yoy due to weak consumer demand. Due to the weakness in auto demand, auto production also declined 10-15% yoy in Q3FY19. The decline in auto production is especially crucial for steelmakers such as Tata Steel, which saw a 10% yoy decline in domestic sales in Q3FY19. However, JSW Steel, due to its higher exposure to long products, was less affected by the slowdown in the auto segment. JSW Steel saw its production rise 3% in Q3FY18, with the production of long products rising 18% yoy.

Base metals: prices for alumina and aluminum fall 15%/4% qoq in Q3FY19; zinc prices rise 12% qoq after a sharp fall in H1FY19
Prices of base metals remained broadly weak in Q3FY19 as the ongoing US-China trade war continued to act as a dampener. LME copper prices fell below $6,000 per ton to close the year at $5,950 per ton as the Chinese economy showed signs of a further slowdown. Zinc prices rose ~12% qoq to an average of $2,613 per ton in Q3FY19E as concerns related to over-supply of the metal in CY19 begin to seem misplaced. Aluminum prices fell 4% qoq to average at $1,967 per ton after alumina prices corrected $80 per ton qoq. Alumina prices are starting to stabilize at ~$400 per ton on developments that Norsk Hydro’s Alunorte facility would soon be allowed to operate at full capacity. The alumina-to-aluminum ratio has shown signs of abating falling to 23% after reaching a peak of ~26% in Q2FY19. This stabilization in the ratio is positive for non-integrated aluminum makers such as Vedanta who are dependent on sourcing alumina from external sources. However, this development is highly negative for Nalco as it is a major domestic producer of alumina. Thus, Nalco could see margin pressure building from Q3FY19 onwards if alumina prices soften further.

The Chinese government also changed the regulatory burden of the winter production cuts from the central authorities to state authorities. The result has been a sharp 7% yoy and 9% yoy rise in steel production in the months of October and November 2018, respectively. This rise in supply combined with lower demand has hit pricing, and thus, the profitability of steelmakers. Furthermore, uncertainty over the outcome of the US-China trade negotiations has also added additional uncertainty to the weakened macro environment. However, Indian steel demand is expected to remain strong as spending on infrastructure activities remains robust so far.

We have a positive stance on Tata Steel, JSW Steel, Jindal Steel & Power, Hindalco, and Vedanta.

Tata Steel is expected to post a 17.6% qoq decline in net profit in Q3FY19E owing to a contraction in steel spreads across all markets. The domestic steel business is likely to report lower revenues due to a % decline in sales volumes and weak realizations. Margins for the European and SEA segments are likely to be impacted due to operational issues. Commentary regarding the sale of SEA segment should be closely watched.

JSW Steel is likely to see its PAT for Q3FY19 fall 7.9% yoy due to a sharp rise in raw material costs. EBITDA margins are expected to shrink 69bps yoy due to (1) weakness in steel pricing, especially long product prices, and (2) higher coking coal prices. The management's commentary on the ongoing production ramp-up of Aferpi and Acero Junction would be important to keep an eye on.

JSPL is likely to see revenue and EBITDA rise 34.8% yoy and 27.1% yoy, respectively, as the ramp-up at Angul will help drive sales volumes. EBITDA margins are likely to shrink 129bps yoy due to pressure from higher raw material costs in both the steel and power segments. The steel segment would particularly see margins impacted by the fall in long steel prices. The power division is expected to act as a drag as issues with coal availability continue to plague the segment.

SAIL is likely to witness revenue and EBITDA growth of 24.2% yoy and 93.6% yoy, respectively, due to an improvement in operational efficiencies. EBITDA margins are expected to rise 50bps qoq as ongoing operational improvements will reduce the cost per ton for the company.

Vedanta is expected to report a sharp qoq improvement in EBITDA margins (up 401bps qoq) and PAT (up 55%% yoy) due to improvements in the zinc and aluminum segments. The zinc segment (both domestic and international) would see improved earnings due to firm LME prices and higher volumes. The aluminum business, meanwhile, would see lower revenues due to weak aluminum prices. However, EBITDA margins for the aluminum segment would improve due to lower alumina prices. The management's commentary on the likely resumption of operations at Tuticorin copper smelter (Sterlite) would be a key point to monitor.

Hindalco is likely to see its revenues go up 11.4% yoy due to a 5% yoy increase in copper sales, especially the higher contribution of copper rod volumes. The aluminum segment is likely to report a sequential improvement in margins due to the fall in alumina prices.

The normalization of spot alumina prices is expected to lead to a fall in revenue and net profit by 9.5% qoq and 33.1% qoq, respectively. The aluminum segment is likely to report a weak performance due to weakness in LME prices. Power costs are likely to decrease qoq due to the fall in power and coal prices.