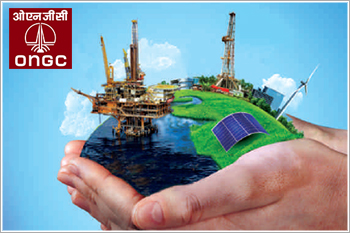 (2) Moody's assesses that its liquidity and financial policy can support a rating higher than the sovereign rating; and

(3) oil and gas prices improve such that the company's credit profile is supportive of a higher BCA.

Credit metrics supportive of a higher BCA include retained cash flow (RCF)/net debt of at least 20%-25% and EBIT/interest of 5x-6x.
ONGC's rating and BCA will be downgraded if India's sovereign rating is downgraded. ONGC's issuer rating could also be downgraded if the government's stake in the company is reduced to below 51% or government control is reduced by some other means, which would require a reassessment of the level of support incorporated into the company's ratings.

Although ONGC's BCA is currently constrained by the sovereign rating, Moody's could downgrade the BCA if oil prices decline and remain weak for a prolonged period and the company continues to pursue high shareholder returns. Downward pressure on ONGC's BCA will also arise if the company embarks on large debt-funded acquisitions.

Credit metrics indicative of a BCA downgrade include ONGC's RCF/net debt falling below 15%-20% and EBIT/interest remaining below 4x-5x.
A BCA downgrade will not automatically result in a rating downgrade. ONGC's rating can be maintained at the current level (assuming no change in the sovereign rating) if its BCA does not fall below ba3.