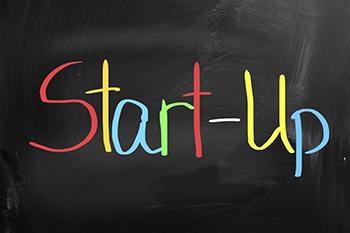 Snapchat has raised $175 million from Fidelity Investments at a $16 billion valuation, according to Wall Street Journal. The interesting thing is, Snapchat’s last round of funding in May 2015 reportedly valued the company at $16 billion. The new funding is technically part of that same round, according to the WSJ, as Snapchat had set aside some additional shares at the time to sell in the future. (VB)

Yet to launch Arcatron Mobility Pvt Ltd, which designs smart wheelchairs, has secured an undisclosed amount in seed funding from Sudhir Mehta, chairman and managing director of Pune-based Pinnacle Industries, and angel investor Anoop Hingorani. The funds raised will be used for product development, and research and development, Arcatron Mobility co-founder Laxmikant Banjarey told Techcircle.in. The Pune-based startup also won $100,000 worth of free credits from Google to be used across all Google Cloud Platform products, at the recently concluded Surge conference held in Bangalore. (TC)

Africa's leading e-commerce platform Jumia has won funding of more than $325 million from French, German, South African and US companies eager to invest in one of the world's fastest-growing online economies, it said Thursday. The investment boosts the value of parent company Africa Internet Group to nearly $1.1 billion and follows a blockbuster 2015 that saw overall revenues increase 282% in one of Africa's fast-growing online consumer markets. (TOI)

Delhi-based edtech startup, Civilsdaily, has raised an undisclosed amount of seed funding led by Manoj Kumar of Malgharia along with a few HNIs. ,Founded in 2015 by Shikhar Sachan and Rohit Pande, Civilsdaily aggregates and curates news items that are relevant for test preparation, from authenticated news sources. The platform is an online education venture by Apeirogon and is also available on Android. (INC42)

ONGC inks pact with ExxonMobil for deepwater exploration in India