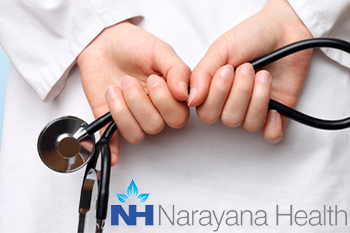 Narayana Hrudayalaya Limited, a leading healthcare service provider in India, on Thursday announced its financial results for the first quarter (Q1FY22) ended June 30, 2021. The company’s consolidated total operating income was Rs859.8cr for Q1FY22 as compared to Rs393.5cr in the corresponding period of the previous year, reflecting an increase of 118.5%, the company said in a filing.

“This is as per the new accounting treatment for leases per IND AS 116 effective April 1, 2019 which resulted in Rs13.8cr increase in EBITDA and decrease of Rs0.4cr in PAT for Q1FY22 on a like-to-like basis (pre-IND AS 116) As on June 30, 2021. The Total Borrowings less Cash and Bank Balance was Rs428cr representing a net debt to equity ratio of 0.36. (Out of which, debt worth US$ 37.3 mn is foreign currency denominated),” company said.

“With the impact of the devastating second wave of the pandemic playing out for much of the period in the quarter gone by, our Indian operations were affected on expected lines. Our flagship heart hospital at Health City, Bengaluru bore the brunt of the effect given its pre-eminence in the cardiac sciences based elective domain as well as higher reliance on out-of-station domestic and international patients,” Emmanuel Rupert, Managing Director and Group CEO, Narayana Hrudayalaya Limited, said.

“However, we are encouraged by the traction being demonstrated by our other units building upon the momentum over the previous few quarters. While the India business profitability was materially impacted as our hospitals were overwhelmed with Covid-19 patients with significant erosion in our high-end elective work, we are pleased that our overseas Cayman Island facility continued to deliver solid consistent performance in the quarter gone by,” Rupert added.