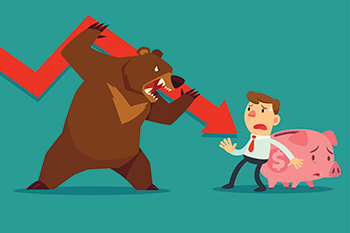 Nifty Bank was under pressure on Thursday amid bearish markets, tracking weak global cues and ahead of F&O expiry. The Index ended a four-day record-breaking spree on Wednesday by falling into the negative zone and continued to fall on Thursday. PSU Bank stocks down 3%, were the worst sufferers.

Many stocks have witnessed corrections and investors keep watching the quarterly earnings. IndusInd Bank rose on Q2 earnings while Bandhan Bank was the only other banking stock to trade with positive bias. State-owned Punjab National Bank sank 10% post Q2 earnings.

PNB sank ~10% on Thursday at Rs41.80 per piece. The company on Wednesday reported a 78% increase in net profit at Rs1,105cr for the second quarter ended September 30. The bank's total income during the July-September quarter rose to Rs21,262.32cr as against Rs23,279.79cr in the corresponding period last year.