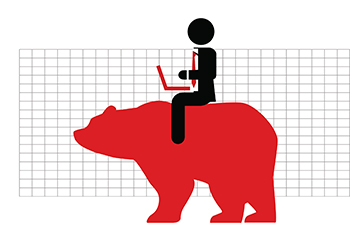 Nifty Consumer Durables erased its early super rally and was trading on a bearish tone during the second half of Friday's trading session due to a broad-based selloff ahead of major Q2 earnings. In the early deals of today, the index recovered some of the losses from the past few days and even advanced by at least 2%. However, investors turned cautious in late deals.

During the early trade, the index soared to an intraday high of 28,866 before correcting.

Dixon Tech and VGuard were top bears nosediving by nearly 3% each, while Whirlpool, Voltas and TTK Prestige slipped more than 2% each. Orient Electric dipped 1.8%.

On the positive front, Relaxo was the top gainer soaring nearly 2% followed by Blue Star and Amber advancing more than 1% each. Titan and Rajesh Exports surged 0.6% and 0.5% respectively.

Titan and TTK Prestige are set to announce their Q2 earnings on October 27, 2021.

The sector is said to have witnessed a rise in sales on the back of better-than-expected demand trends and positive sentiments this festive season. Demand is expected to further improve in this Diwali season as well.