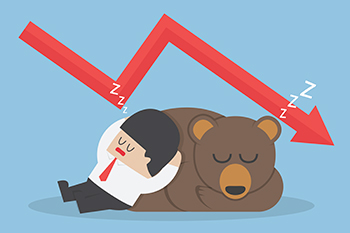 The Nifty IT continued to struggle amid bearish markets on Friday. The IT sector is in focus as Tata Consultancy Services announced quarterly earnings on Thursday and other IT giants Infosys and Wipro will announced earnings next week.

Coforge sank ~3% while heavyweights TCS, and Wipro were also under selling pressure.

On a positive note, Oracle Financial Services Software Limited surged over 3% and Mphasis was also in the fast lane.

Coforge shed 2.8% at Rs4,340.20 per piece to emerge the biggest laggard, a fall from yesterday after significant gains.

After TCS, investors would gauge Infosys and Wipro result which is also set to be announced next week. Infosys will present Q1 on July 14, while Wipro will announce on July 15.

Wipro dropped nearly 1% at Rs526.00 per piece. Tech Mahindra, HCL Tech, Infosys and LTI were also trading in the red.

Oracle advanced 3.35% at Rs3,892.30 per piece to emerge the biggest gainer amid bearish sentiments. Mphasis gained 1.5% at Rs2,176.40 per piece. MindTree was also marginally higher.