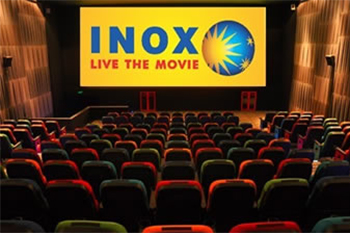 Media stocks jumped on Thursday in the afternoon trade with the Nifty Media index up over 3% at 1,595.55 levels. PVR among top gainer on the media index, followed by Inox Leisure, Dish TV, DB Corp and ZEE.

Cinemas, theatres and multiplexes will be permitted to open with up to 50% of their seating capacity from October 15, in areas outside the containment zones. For re-opening of schools and coaching institutions, State and Union territories Governments have been given the flexibility to take a decision after October 15, in a graded manner.

The Multiplex Association of India (MAI) welcomed the government’s decision and said that cinemas are committed to ensuring a safe, secure and a hygienic cinema going experience for the people.

Reacting to this news, shares of Inox Leisure surged on the BSE on the back of over four-fold jump in trading volumes.

Meanwhile, all the sectoral indices on the NSE were in the green. Today market sentiment was upbeat as the central government yesterday issued new guidelines for opening up of more activities in areas outside the containment zones. Strong manufacturing PMI for September also supported buying.