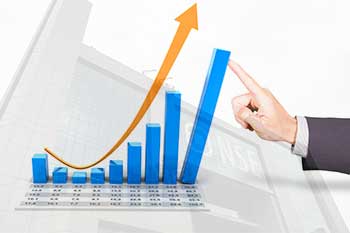 Metal company stocks extended their gaining spree on Tuesday as base metal prices globally cruised higher. A host of factors such as concerns over supplies from Chile, declining inventories, strong demand from top consumer China and lower dollar has activated fresh buying in metal stocks.

In Chile, mining unions hinted at a protest if the government does not block early pensions withdrawal. Meanwhile, port workers have also decided on a general strike.

NALCO and Hindalco were top gainers on the index soaring nearly 6% and 5% respectively. Welspun Corp and NMDC surged by 3.5% and 3%. Meanwhile, APL Apollo strengthened by 2.9%.

Between 2-2.5% rise was recorded in stocks like Adani Enterprises, Vedanta and Tata Steel.

Ratnamani and JSW Steel gained by 0.7% each, while Coal India jumped marginally.

However, SAIL was the top underperformer but traded broadly on a subdued level.