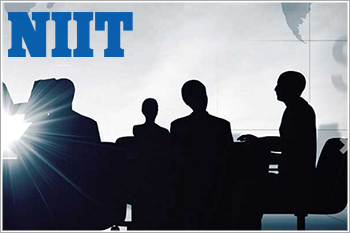 NIIT, a global leader in skills and talent development, has entered into two strategic agreements in China with Guiyang Municipal Government and Guizhou Professional College of Electronics in Gui’An New District, to develop a pool of next generation IT professionals in Big Data and Analytics. Through these partnerships NIIT aims to develop the Human Capital in line with China’s vision to promote Guizhou province as the hub of Big Data industry in China and the world.

Under the agreement with Guiyang Municipal Government, NIIT will establish a training base in public-private partnership model with Guiyang government to conduct IT and Big Data training for university graduates, working professionals and government employees in Guizhou province. Additionally, NIIT and Guiyang government will establish a Big Data Talent Research Center in Guiyang to enhance innovation and research for scalable talent development methods for IT and Big Data in China. The agreement was signed by Kamal Dhuper, Country Head, NIIT China and Xu Hao, Vice Mayor of Guiyang Municipal Government. Rahul Patwardhan, CEO, NIIT Ltd and Chen Gang, Party Secretary of Guiyang city witnessed the agreement signing ceremony and also spoke extensively at the side lines of Big Data Expo 2016. Patwardhan had presented the keynote address at the opening ceremony of the Expo that was attended by Chinese premier Li Keqiang on May 25th, 2016.

On May 24th, 2016 Rahul Patwardhan met Chinese Premier Li Keqiang along with Michael Dell, CEO of Dell and CEOs of Chinese companies including Tencent, CEC and CETC. Earlier in the day, Rahul Patwardhan and leaders of Guizhou Province witnessed agreement signing ceremony between NIIT China and Guizhou Professional College of Electronics in Gui’An New District wherein GNIIT program of NIIT will be embedded as a part of the college curricula. The agreement was signed by Kamal Dhuper, Country Head, NIIT China and Liao Zhiyong, President, Guizhou Professional College of Electronics. The objective of this partnership is to have a steady supply of IT talent trained inside college campus to meet the demand of growing IT and Big Data industry in Guizhou province. Patwardhan also spoke on the immense implications of Big Data for China in today’s information driven globalized economy at the opening ceremony of Gui’An New development area Big Data Expo.

Today, the world has entered the era of intelligent big-data economy (IBE). An economy in which the four previous productive sectors of agriculture, manufacturing, services and non-intelligent software services, are simultaneously being disrupted by the power of real-time massively-connected big-data intelligence (RMBI). Hence to ensure the continued fast growth towards developed high income country status and become the economical as well as technological powerhouse of the world for the next 100 years, it is imperative for China to adopt the next large emerging economic sector IBE.

NIIT in China works through a very unique model called the “NIIT Inside model”. Under this model NIIT programs are embedded in University/College IT curriculum. Students may undergo a 4-year Bachelor Degree program or a 3-year Associate Degree program post 12th grade in Information Technology. Currently, NIIT curriculum is embedded into both these programs across multiple Universities and Colleges in China. While the University system continues to teach the rest of the subjects that a student undergoes such as Chinese language, science etc. to obtain a Bachelor Degree, the IT portion is completely from NIIT. The students get the degree or the associate degree from the University/Government and also receive a certificate from NIIT.

Today, China has the opportunity through a planned transformation agenda, to reach full development status as an economy and society, by ensuring that it takes a leadership position in the emerging intelligent big-data economy (IBE). The most critical factor to ensure success is having the right nation-wide skill development strategy. Towards this NIIT will help support the vision of the Government and would train students to develop the next generation of data scientists and business analytics professionals for opportunities in the Big Data industry.