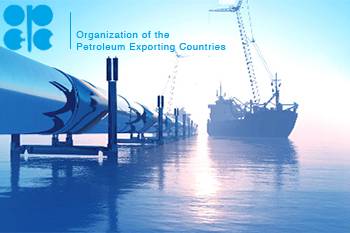 OPEC talks ended in Vienna with the group failing to reach a consensus on an oil production deal, with the size of Russia’s contribution remaining a bone of contention. The talks will continue with non-OPEC allies on Friday.

Saudi Energy Minister Khalid Al-Falih said he isn’t confident of an agreement after discussions of the 1mn-barrel-a-day output reduction concluded without an agreement.

Both Saudi Arabia and Russia have called for an “equal cut across-the-board without any exceptions.” That left the oil market dangling in uncertainty before non-OPEC allies join the group for the second day of talks on Friday.

Earlier, on Thursday, ministers were discussing a proposal to curb their oil output by about 1mn barrels a day, which would go a little further than Saudi Arabia’s preference for a moderate reduction that wouldn’t shock the market. Delegates said details of how to share that out and the extent of the contribution from non-OPEC allies remains unresolved.

The group is under pressure after a collapse in oil prices last month. Saudi Arabia, the largest producer in the cartel, is seeking to walk a fine line between preventing a surplus and appeasing US President Donald Trump. Achieving that balance was proving elusive, with one delegate predicting that the size of output cuts would remain unresolved until Friday when allies including Russia join the talks.

In one proposal being considered at talks on Thursday, OPEC could cut its own output by 900,000-1mn barrels a day and then seek further curbs from non-OPEC partners, one delegate said, asking not to be named as an agreement hasn’t yet been reached.

Ministers are studying participation levels for such a proposal before potentially putting it to key ally Russia, the delegate said.

That would be a more bullish outcome than Saudi Energy Minister Khalid Al-Falih had hinted at early in the day, when he said a reduction of about 1mn barrels a day from the entire OPEC+ coalition should be adequate and “certainly, we don’t want to shock the market.”

The summit in Vienna wasn’t the only story on Thursday. As ministers sat down at the headquarters of the Organization of Petroleum Exporting Countries (OPEC), Russian Oil Minister Alexander Novak flew to St. Petersburg to meet President Vladimir Putin to decide on their country’s contribution. If the group’s most important ally in the OPEC+ alliance decides to make a sizable cut, the cartel would follow up.

Before the six hours of discussions in the Austrian capital on Thursday, Al-Falih had said that “if everybody is not willing to join and contribute equally, we will wait until they are.” Russia is said to have made a similar statement.

Saudi Arabia, OPEC’s de facto leader, has made clear that it won’t shoulder the burden of trimming production alone. Its cooperation with Russia shows how much OPEC has changed since 2016 when the two countries ended their historic animosity and started to manage the market together.

The alliance has transformed OPEC into a duopoly where Russia, which isn’t a formal member of the cartel but part of the production-cuts alliance, is asserting its power.

While Middle Eastern producers are desperate to reverse the recent slump in prices to pay for government spending, sensitivities are different in Russia, where the government is running a budget surplus and a weak ruble mitigates the impact of lower prices. The government is concerned about the impact of higher prices on Russian consumers, stoking discontent with economic policy, according to one Kremlin official.

Although Russia, the largest producer in the OPEC+ group, has agreed to a cut in-principle, the eventual size of their contribution remains undefined and will be key to putting together the final deal.

In private conversations earlier this week, OPEC delegates said that Saudi Arabia had favored a Russian cut of about 300,000 barrels a day, but Moscow was seeking a smaller reduction of about 150,000, said people familiar with those talks.

“The impression that the group can’t really come to a decision without first checking with Moscow is going to be difficult for some members to swallow,” said Derek Brower, a director at consultant RS Energy Group. “The market won’t care if tomorrow (on Friday) they manage a sizable cut with proper metrics, but that’s still a big if.

OPEC is also contending with vociferous opposition from the US president, who’s taken to using his Twitter account to berate the group’s policies and sees low oil prices as key to sustaining America’s economic growth.

While ministers met in OPEC’s Vienna headquarters on Wednesday, Trump tweeted that the “world does not want to see, or need, higher oil prices!”

Iran is currently subject to US sanctions and as such won’t participate in any curbs, the country’s Oil Minister Bijan Zanganeh said. Whether to exempt Iran from making any cuts was one sticking point in the meeting, said a delegate.

The last time the OPEC+ group agreed to curtail output was in late 2016, when it had settled on a combined 1.8mn-barrel-a-day reduction.

In preparatory meetings ahead of this week’s summit, delegates had said a cut of as much as 1.3mn barrels a day next year is needed as demand growth slows and US shale production surges.

Resolving the group’s internal differences and convincing a skeptical oil market that they’re serious about preventing a new supply glut in 2019 would require ministers to conclude weeks of debate and settle on a final figure.

"Some countries will struggle because their economies are very constrained and Nigeria itself could only manage a small cut,” Nigeria’s oil minister, Emmanuel Kachikwu, said in a Bloomberg television interview on Thursday morning.

OPEC ministers are also discussing whether to exempt Libya and Venezuela from making production cuts, another delegate said.