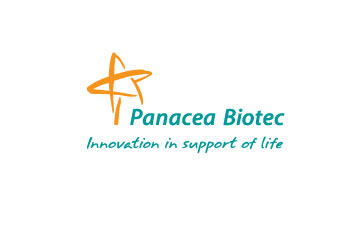 Sanofi has been contesting the Panacea patent before the Indian Patent Office since 2017, where the dispute has spilled before the Bombay and Delhi High Courts in 2018 and 2019, respectively.

Panacea Biotec’s EasySix is a first of its kind Whole Cell Pertussis based fully liquid Hexavalent Vaccine which comes in a pre-filled syringe and is used to vaccinate against, Diphtheria, Tetanus, Whooping Cough, Hepatitis B, Haemophilus influenza type b and Inactivated Polio (DTwP-HepB-Hib-IPV).

EasySix has been in the market since 2017 and, as Panacea Biotec expects, will be made available in government vaccination/immunization programmes, both domestically and internationally.

The suit filed against Sanofi comes at the heels of the Sanofi having received marketing approval for a Whole Cell Pertussis based Hexavalent vaccine (DTwP-HepB-Hib-IPV) by the Drugs Controller General (India).

On 11th May 2021, when the suit was listed before the Hon’ble Delhi High Court, after elaborate submissions from both parties, Sanofi undertook that it would not manufacture or market any product which infringes the amended claims of Panacea patent, IN272351, at this stage.

The battle for Whole Cell Pertussis based vaccines has several aspects and considerations in the global market. Currently, there are two types of pertussis vaccines licensed for use: whole cell pertussis (wP) and acellular pertussis (aP). Immunization with wP vaccines has been deemed as comparably effective and relatively inexpensive.

Although aP vaccines have gradually supplanted the use of wP vaccines in industrialized countries, the significantly higher development and production costs of aP vaccines result in prices that are much higher than that of a dose of wP vaccine. Since the relative protective efficacy of the best wP and aP vaccines appear comparable and the adverse events of both vaccines are relatively minor, wP vaccines remain the vaccine of choice in many developing countries.

Before the Court, Sanofi will now tender its response to Panacea Biotec’s claims and the detailed arguments in the suit shall follow.