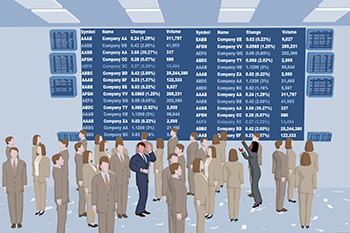 Equity benchmark indices ended lower led by negative global cues on Thursday’s session. The Nifty index touched an intra-day low of 10,774 and closed in the red with a loss of 0.45% to 10,808-levels. Sentiments were dampened after the US Fed hiked key rates and delivered a hawkish commentary.

Broader indices BSE Midcap and BSE Smallcap outperformed the benchmark and ended the session on a flat note.

Barring healthcare and auto, all the other sectoral indices, namely capital goods, consumer durables, IT, and banking closed in the red.

Among global indices, both European and Asian markets traded lower.

On the economy front, WPI inflation for the month of May increased to a 14-month high of 4.43% from 3.18% in previous month.

Pharma stocks continued to gain for the seventh consecutive day and closed higher by 2% in Thursday’s trade.

Alembic Pharmaceuticals stock gained 3% after it received USFDA approval on its ANDA for Doxycycline Hyclate Capsules USP (50mg and 100mg).

Punj Lloyd stock slipped 11% after ICICI Bank dragged the company to NCLT and pleaded proceedings under the Insolvency & Bankruptcy Code (IBC), as per media reports.

Mindtree stock slipped 3.5% after Citi downgraded the stock to 'Sell' from 'Neutral'.